John Abayomi, through his lawyers Femi Falana SAN,  has threatened to sue Linda Ikeji following an article in which she claimed he is the owner of the famous Instagram news platform, Instablog9ja.

Shortly after the news went viral, Instablog9ja reposted the story with a hilarious caption that neither confirmed nor denied the claims.

Now, Abayomi demands an apology and has threatened to sue Linda Ikeji if she doesn’t retract her statement.

See the letter Below….

Meanwhile, Davido reposted Abayomi’s photo and tagged him a ”BASTARD”

Meanwhile, several board members of Punch gathered at the premises of the newspaper at Lagos/Ibadan Expressway for an emergency meeting.

Abayomi was summoned into a high-level editorial meeting, along with his bosses where it was revealed that the main bone of contention was the issue of “moonlight”, the act of having a second job while in full-time employment. The rule at Punch Newspapers is said to be very strict and the Abayomi’s case is of extreme importance because while the newspaper has a paltry 225,000 followers on Instagram, Instablog on its part has nearly eight times as much- while incurring no overhead costs and on company time.

At the emergency meeting, Abayomi was said to have denied the allegation strenuously. He maintained that the report was untrue and vowed to sue Linda Ikeji in the coming days for libel, false accusation and defamation of character.

While the management and board of Punch Newspapers took Abayomi by his words, they have promised to continue investigations into the matter; even as the embattled individual on his part is determined to clear his name.

On the verge of employment termination at The Punch, Mr Abayomi has denied being the owner of Instablog9ja and has vowed to sue Linda Ikeji in the coming days. I guess this is the first step towards that. 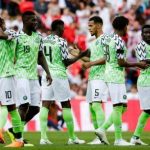 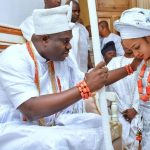