A young man has been caught red-handed after traveling from Obowo, Imo State all the way to Umukoro, Imo State just to steal a lot of women’s panties.

A few weeks ago, we did a report on a Nigerian man who took to his social media account to warn ladies to stop spreading their underwear out carelessly because their panties are the new gold. He revealed that boys are now selling pants for N200,000 to ritualists, and the ones that have thick stains in the middle such as blood goes as high as N350,000. Read the report HERE.

Yesterday, a man traveled all the way from his town Obowo to Umuokoro community in Imo State, just to steal women’s panties.

He was caught red-handed perpetrating the act by the people of the community.

He is yet to reveal the real motive behind his action, but that hasn’t stopped him from being beaten, bloodied and battered by a horde of people after he was caught in the act. 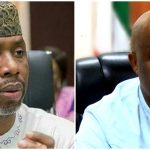 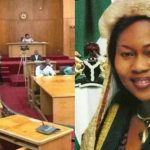