The number of Nigerian soldiers who were killed on Monday, November 19, 2018, during the recent Boko Haram attack at the military base in Metele village, Guzamala local government area of Borno State, has reportedly increased from 100 to 118, and 153 others are yet to be accounted for.

According to Premium Times, soldiers who were wounded during the attack have also been evacuated to Borno for treatment.

While responding to reports in the media, the Nigerian Army issued a statement saying that the number of casualties published on social media is false.

It also described the videos being shared online as old and inaccurate, adding that they are propaganda materials put out by Boko haram.

” It is important for the public to note that the NA has laid down procedures for reporting incidents that involve its personnel who fall casualty in action. Out of respect for the families of our gallant troops, the NOKs(Next of Kins) are first notified before any form of public information so as to avoid exacerbating the grief family members would bear, were they to discover such from unofficial sources.

“Furthermore, it suffices to observe that several social media, print and online publications have been brandishing false casualty figures as well as circulating various footages of old and inaccurate BHT propaganda videos and alluding same to be the attack on 157 Task Force Battalion.

“Whilst it is understandable how such misinformation can spread in this era of social media frenzy, the spurious circulation of some of these videos only contribute to further propagate the propaganda intent of the terrorists; to misinform the populace and portray themselves as what they are not. So far, the situation is that the location is under control as reinforcing units have been able to repel the terrorists and stabilise the situation.”

The recent killing of soldiers by Boko Haram has been condemned by several Nigerians on social media.

Most of them also called out the Federal Government for keeping quiet about the issue.

President Buhari has however asked the Minister of Defence, retired Brig-Gen. Mansur Dan-Ali, to meet with the Chadian President, Idris Deby over the deterioration of security at the Nigeria – Chad border. Read the report HERE. 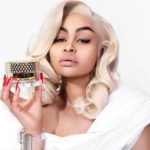 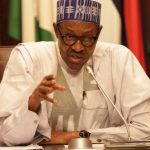