The Nigerian Army has released over 300 former members of the terrorist group, Boko Haram, in the past two years after undergoing the government’s rehabilitation process.

During the Chief of Army Staff (COAS) Annual Conference in Maiduguri, Borno State on Wednesday, November 28, 2018, the Chief of Training and Operations of the Nigerian Army, Major-General Lamidi Adeosun was speaking at the conference, with the theme “Optimising operational efficiency of the Army in Nigeria’s democracy”, he said:

“In the year 2016, about July, the Defence Headquarters launched Operation Safe Corridor to encourage repentant fighters to surrender for subsequent rehabilitation.

“Over 2000 fighters have so far surrendered on this programme and out of which about 300 have undergone a comprehensive and complete rehabilitation. 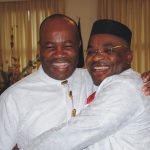 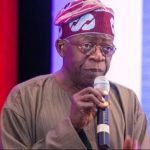