Titi Abubakar, the wife of the presidential candidate of the People’s Democratic Party (PDP), Atiku Abubakar, has revealed how the military government of Muhammadu Buhari tried to sack her husband decades ago.

Titi made this revelation during a courtesy visit to leaders of the South-South, Afenifere, Ohanaeze Ndigbo and Middle Belt Forum at the residence of Chief Edwin Clark, a former federal commissioner.

According to her, Buhari’s government tried to get Atiku sacked as a Customs officer when he insisted on inspecting the controversial 53 suitcases imported into the country by a first-class northern traditional ruler. She said:

“When Atiku was in Customs, there was one incident that happened in the 80’s when 53 suitcases were brought in by a traditional ruler during the administration of the present president and he insisted that those suitcases must be opened.

“But they were very angry with him and they called the then Minister of Finance, Onaolapo Soleye, and they said they should throw him out of the job.”

“But the minister said to them, this is one of the finest officers he had, that he would never throw Atiku out. That was what the man did.

“They said, ‘It’s okay, if you don’t want to throw the man out, transfer him immediately.’  Atiku was that day transferred to Kano.”

Before Buhari was elected Nigeria’s current democratic president in 2015, he ruled the country as a military Head of State after heading a military coup in 1983. During that time, Atiku was the Customs Officer in Charge of the Murtala Muhammed Airport. 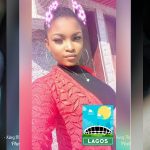 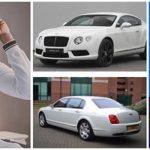