The father of the young lady, who was brutally murdered by her boyfriend and buried inside his apartment, has insisted that the suspect must marry the corpse of the deceased.

Earlier we reported that a young lady identified as Betty Ozige Nwabueze was reportedly beaten to death by her boyfriend, Prince Uwabie also known as J-Boy after a heated argument around Wimpy Junction, by Ikwerre Road in Port Harcourt, the Rivers state.

J-Boy accused Betty of cheating on him, during the heated argument, he beat her until she slumped and died. Upon seeing her dead, he reportedly panicked and dug a grave inside his one-room apartment and buried her. Read the full report HERE.

After the police arrested J-boy and exhumed the body of Betty from the middle of the one-room apartment.

The deceased father, Mr. Wilfred Nwabueze, has insisted that  Udenne Owabie aka J-boy, the suspected killer of his daughter, Betty must marry her corpse because she is pregnant for him.

He also pleaded with security agencies to ensure that justice is done in the killing of his daughter. He said:

“I don’t want any problem. That girl is my daughter and what I want the Police to do is to allow this J-Boy of a man or his family members to marry my daughter before they bury her.

“All the rites that are due any girl of marriageable age in my community will be done so that there will be no calamity.”

At the moment, Betty’s body is in the morgue after her body was exhumed by the police in J-boy’s room. 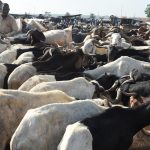