The presidential candidate of the Peoples Democratic Party (PDP), Atiku Abubakar said that President Muhammadu Buhari has history of bringing looted funds into the country.

Atiku said this in a statement issued by his media adviser, Paul Ibe, while reacting to an earlier statement by Buhari Support Groups, BSG, accusing him of plotting to ferry looted funds into the country ahead of the 2019 elections.

The PDP presidential candidate tasked President Buhari and his supporters to take a trip down memory lane before making allegations they could not substantiate. The statement reads:

“Our attention has been drawn to a statement by President Muhammadu Buhari accusing the Presidential candidate of the Peoples Democratic Party PDP, Atiku Abubakar of planning to smuggle in looted funds into the country just before the February 2019 elections.

“This new accusation, like their previous allegations, is another infantile outburst that tells more about the accuser than Atiku Abubakar.

“For the avoidance of doubt, history shows that rather than smuggle in looted cash, Waziri Atiku Abubakar has a record of preventing looted funds from being smuggled into Nigeria.

“In 1984, it was Atiku Abubakar, as head of the Murtala Mohammed International Airport Command of the Nigerian Customs and Excise Department, that stopped the ADC of the then Military Head of State, Muhammadu Buhari, from smuggling in 53 suitcases of looted money into the country.

“Young Nigerians and Millennials who may not be aware of this incident, will do well to Google it. Only the guilty are afraid. It is President Muhammadu Buhari who has a history of smuggling in looted funds and not Waziri Atiku Abubakar.”

Atiku further backed up his position with a claim that a prominent APC governor said the same thing of the President eight years ago.

“In fact, Nasir El-Rufai (Kaduna state governor), a favorite of the President and a chieftain of the All Progressives Congress, said as follows on October 4, 2010:

“In 1984, Buhari allowed 53 suitcases belonging to his ADC’s father to enter Nigeria unchecked at a time the country was exchanging old currency for new.”

“only recently, Mr. Abubakar’s plane was searched, his accounts have been perused and his businesses have been thoroughly investigated with a fine tooth and nothing remotely corrupt or illegal has been found.

“In desperation, the Buhari administration released this statement to cover their shame on a day that the US-based International Strategic Studies Association reported that it is the unprecedented corruption around President Buhari that has led to the recent setbacks in the war on terrorism in the Northeast and the heavy loss of lives amongst the military rank and file. May God save Nigeria from a government that values money over lives.

“We therefore urge Nigerians to note that it is Muhammadu Buhari who has a history and a record of smuggling in looted funds and it is Waziri Atiku Abubakar who has a history of preventing such from happening.

“And while they are at it, we urge them to tell Nigerians those behind Etisalat, now 9Mobile and Keystone Bank, now Polaris and how they suddenly possessed such wealth overnight.” 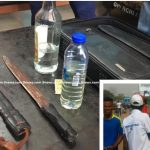 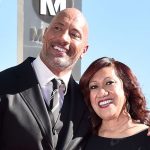