Aaliyah’s mother, Diane Haughton has slammed the allegation made by R.Kelly’s former back up signer, Jovante Cunningham that the singer(R.kelly) had sex with her daughter(Aaliyah) when she was just 15 years old.

Yesterday, we reported that Jovante Cunningham claimed that while on tour, she saw R.Kelly molesting and having sex with Aaliyah. At the time of the supposed encounter, R. Kelly was 27 and Aaliyah 15. (Read the report HERE).

Aaliyah’s mother Diane Haughton took to social media and released a statement to the official Aaliyah Twitter account, denying the allegation that any such thing could have happened. The statement reads:

“Whoever this woman is [who is making the allegations], I have never seen her before anywhere on planet earth, until now.”

“My husband and I were always on tour with [Aaliyah] and at interviews and every place she went throughout her entire career.”

Haughton then called Cunningham’s claims “lies and fabrications” that “can not be tolerated and allowed to be spewed from the forked tongues of saboteurs of Aaliyah’s legacy.”

“My daughter only wanted to realize her dream of sharing her talent with the world, and give her all performing on stage and in front of the camera for the fans she adored so much. She realized that dream, thanks to those true fans who still love and support her legacy unconditionally to this day. Shame on all those involved in this project who thought it kosher to drag Aaliyah’s name into a situation that has nothing to do with her today. Once again, this will not be tolerated.”

In the wake of Haughton’s statement Cunningham stood by her account, releasing the following statement:

“It’s unfortunate that there are still people trying to protect Robert when they know he has destroyed so many people’s lives.  I loved Aaliyah and when people watch the documentary, they will see how much I cared for her and how much Robert’s actions deeply affected me and so many others.”

R.Kelly has been in the news over the last few years battling different court cases over child molestation and rape. One of the most recent accusations leveled against him was from his own brother who said he raped their 14-year-old cousin. 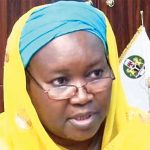 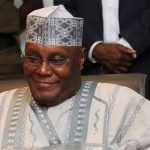