The controversial Senator representing Kogi West at the National Assembly, Dino Melaye, suffered an asthmatic attack after surrendering to the Nigeria Police Force (NPF), he collapsed as he entered the Special Anti-Robbery Squad headquarters in Abuja.

On Friday, December 28, 2018, Police officers had invaded Melaye’s Abuja home to arrest him for his alleged involvement in the shooting of a police officer, Sgt Danjuma Saliu, in July 2018.

Dino Melaye refused to surrender to the authorities and made several social media posts to taunt and accuse the Police of persecution.

However, after eight days siege in his Abuja residence, the lawmaker finally left his Maitama home to surrender to the authorities after his fellow lawmakers paid him a visit to persuade him to resolve the situation amicably.

In the above video from Channels TV, Senator Melaye was acting weak after he surrendered that he was helped into the Police car that would transport him by some people who are heard saying, “Give him water.”

On arrival at the Force HQ, the video showed him being helped out of the vehicle by two persons who took him into an office, where he eventually collapsed on the floor. A female voice could be heard saying, “What sort of trouble is this?” in pidgin English.

The lawmaker appeared to suffer from an asthma attack. His helpers tried to get him to sit up, but he made a distress sounds and an inhaler was offered and administered, but his inhaler only made the situation worse because he started wheezing.

The Force has confirmed that Dino Melaye has been taken to the Police Hospital in Abuja for medical treatment.

A statement by Acting DCP Jimoh Moshood, Force Public Relations Officer on Friday, stressed that Melaye will face charges for his alleged culpability in the shooting of a policeman in July 2018. The Police statement read:

“Senator Dino Melaye wanted by the Police for criminal conspiracy and attempted culpable homicide, committed on 19th July, 2018, when Senator Dino Melaye and his armed thugs attacked Police personnel, shot and wounded SGT Danjuma Saliu on stop and search duty along Aiyetoro Gbede, Mopa Road in Kogi State has surrendered to the Police Investigation Team on wait at his residence, today, 4th January, 2019 at about 1500hrs.

“The Police Officer, Sgt. Danjuma Saliu, is yet to recover from the gunshot injury he sustained during the attack and still under intensive medical care in the hospital.

“The Police Investigation Team had since 28th December, 2018 at about 1000hrs arrived the residence of Senator Dino Melaye with a duly obtained Warrant of Arrest to effect his arrest to answer to a case of Criminal Conspiracy and Attempted Culpable Homicide against him under investigation in the Kogi State Police Command. Senator Dino Melaye on sighting the Police Team locked up himself in the building to evade arrest.

“Senator Dino Melaye is currently in Police custody for investigation, and subsequently, taken to Police hospital, Abuja for medical attention and he is in stable condition. Investigation into the case of criminal conspiracy and attempted culpable homicide against him is ongoing. The case will be taken to court on completion of investigation.” 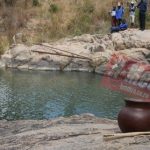 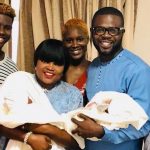