Some family members of the dead whose bodies were burnt at an inferno in Anambra mortuary have called for speedy investigation and identification of the corpses.

We reported that over 50 corpses were burnet by a mysterious fire at the mortuary section of the General Hospital Enugwu -Ukwu in Njikoka Local Government Area of Anambra State on December 29, 2018. (Read the report HERE).

According to Pulse, the call was made in separate interviews with the News Agency of Nigeria (NAN) in Enugwu-Ukwu in Njikoka Local Government Area of the state on Monday.

A 90-year old community leader, Mrs. Elizabeth Okafor, who lost her son-in-law, urged the Anambra Government to give quick attention to the burnt corpses for burials.

According to her, the state government should urgently conclude the identification process over the 50 burnt corpses to enable the relatives of the burnt bodies to commence burial rites so as to calm the minds of the people.

Okafor said that her first daughter, Mrs. Bessie Akabuike, lost her husband, Mr. Geoffrey Akabuke in late November and his remains were deposited in the burnt mortuary and had fixed January 4, 2019, for the burial.

“The remains of my first son-in-law has been desecrated. I am not interested in knowing the cause of the fire at the moment but they said government has taken over the remains of the burnt corpses for investigation. I want the process done fast.”

She said that the quicker the government released the remains to their owners for final respect the better before more people die as a result of heartbreak.

Okafor said that she had visited her daughter in her country home in Mimima village in Nwafia, Njikoka LGA adding that her condition was worrisome.

Also, Mr. Austin Agu, who lost his eldest brother, Mr. Benson Agu and who was among the burnt corpses said that the government should save the relatives of the deceased lots of agony by speeding up the process of identification.

Agu said that though they fixed the date for the burial rites of their brother for January 18, 2019, but would like to speed up the rites with the recent happenings so as to continue with their lives.

Mr. John Okafor a relative of one of the burnt corpse, Mr. Nathanial Agu alleged that the story of the burnt mortuary was a proof of professional incompetence.

NAN reports that forensic experts had been engaged by the state government to help in the identification of the corpses as they were burnt beyond recognition.

NAN also reports that owners of the corpses were seen at the hospital premises making consultations with the officials of the hospital mortuary, as officers and men of the Nigeria Police were also on ground to maintain law and order.

Dr. Josephat Akabuike, Anambra Commissioner for Health told NAN in a telephone interview that compilation of names of the people that deposited the corpses was ongoing.

He said that all the relatives had been directed to submit their receipts for easy confirmation and possible claims once they were confirmed.

He said that some of the corpses cleared had been taken to Chukwuemeka Odumeguwu Ojukwu Teaching Hospital, Awka for final confirmation before releasing their remains to their relatives.

The commissioner assured that the state government would launch an investigation into the cause of the fire disaster at the mortuary and appealed to affected relatives to calm down. 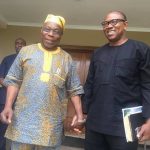 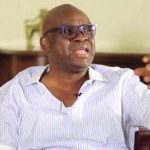