President Muhamadu Buhari has clarified on the lingering controversy surrounding the retirement of Nigeria’s Inspector-General of Police, Ibrahim Idris.

During an interview with Arise TV on Monday, Buhari assured Nigerians that he will act on the retirement of the police boss who was expected to retire from service after clocking 60 on January 15.

On Monday, the Coalition of United Political Parties (CUPP), a group of opposition political parties, criticized the president over his inaction on the police IG’s retirement despite his perceived inefficiency. The group also threatened a mass protest on January 15, if Mr. Idris doe not retire.

In reaction, President Buhari said he was not “afraid” of the police boss, and that he would take action. He said:

“I saw on the television, somebody has given me last warning to…I have accepted responsibility, I don’t think I am afraid of him and I don’t think I have organised roadblocks and got collections from it to say that I will lose some part of my revenue from him”….“I will take action.”

Responding to questions on why he has not changed service chiefs, Buhari said he is waiting for the ‘appropriate time’ as making changes during an emergency would be counterproductive.

“I am measuring the options critically. When you have a case of emergency, if you don’t wait for an appropriate time to do it, then you create competition within the service,” he said. “There are so many ambitious people waiting, only one man can be Chief of Army Staff in the army, only one man can be the Inspector-General of Police. Don’t forget that it was this administration that appointed all the three.

“I didn’t know them on personal basis. I followed records and thought I picked the best then. Of course, their performance may be disappointing but I accept responsibility for not changing them. My reason is based on my own experience.” 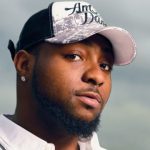 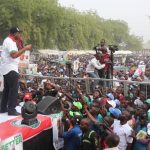