Lady Gaga has joined the list of celebrities distancing their self from R.Kelly following the release of #SurvivingRKelly documentary.

The music star is not only distancing herself from R.Kelly, but she is also planning to take down the song she did with him from iTunes and other music platforms and vowed never the work with the RnB legend again.

Lady Gaga made this known in a statement released on her Twitter page on Thursday, January 9, 2019.

According to her, she stands by all the women who have suffered in the hands of R.Kelly. She went to talk about the idea behind the song she made with R.Kelly (Do What U Want With My Body) which according to her was made at a point in her life when she was angry following a sexual assault and abuse which she has continued to maintain all through her career.

I stand by anyone who has ever been the victim of sexual assault: pic.twitter.com/67sz4WpV3i

She wanted to know why some people are still buying R.Kelly’s songs despite the now famous ‘SurvivingRKelly’ documentary that contains several sexual cases of abuse he committed. (Read the report HERE). 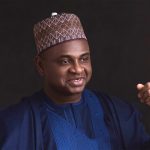 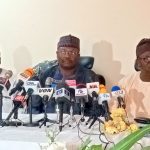