The presidential candidate of the Young Progressives Party (YPP), Prof. Kingsley Moghalu said that he will defeat the All Progressives Congress (APC) and the Peoples Democratic Party (PDP) in the forthcoming election because Nigerians are tired of recycled politicians.

Moghalu said this at a town hall meeting tagged ‘The Candidates’, which was organized by the MacArthur Foundation in collaboration with NTA and DARIA media in Abuja.

The YPP presidential candidate expressed confidence that he would emerge president, adding that Nigerians are “tired of recycled politicians’’ and that the PDP was not an option. He said:

“We will defeat President Muhammadu Buhari and the reason is very simple, Nigerians are tired of recycled politicians and the PDP is not an option.

“Going for the PDP from the APC is like jumping from frying pan to fire.’’

According to Vanguard, Moghalu said when elected, his administration would tackle root cause of corruption which is the broken value system in the country.

He noted that no matter what we do, as long as we do not have a philosophical foundation, we cannot make progress.

The candidate said that when elected, he would introduce the teaching of ethics in schools and ensure transparency in the budgetary system and the process of awarding of contracts.

Moghalu, a former Deputy Governor of the Central Bank of Nigeria (CBN) said that he would ensure forensic checks in the process to enhance transparency.

On corruption, Moghalu said that if anybody commits a crime, the law must take its cause irrespective of creed or political party.

According to him, our approach will not focus on the past but create a system to make corruption difficult.

He said the judiciary would be allowed to do its job and that corrupt persons would not go free.

The candidate said that to ensure sufficient power supply, his administration would disintegrate the national grid.

According to him, this boils down to restructuring, when this is done, things will change and the price of items will reduce.

Moghalu said that when elected as president, he would put a mechanism in place to address desertification which would stem farmer/herders’ clashes. 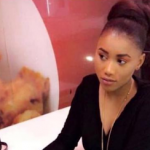 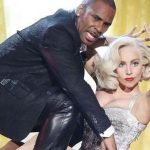