A Nigerian man identified as Ayigbe James Bond has revealed that his wife ‘benched’ him after she saw him dancing with a sexy curvy female Salsa instructor.

According to Ayigbe James Bond, His wife asked him to try out something to lose some weight, so he decided to enroll in Salsa dance which his wife initially agreed to.

But after the wife saw the dance instructor dancing with her husband, she reportedly marched her husband home, benched him by giving him a crate of beer to chill with. She asked him to forget the dancing lessons. 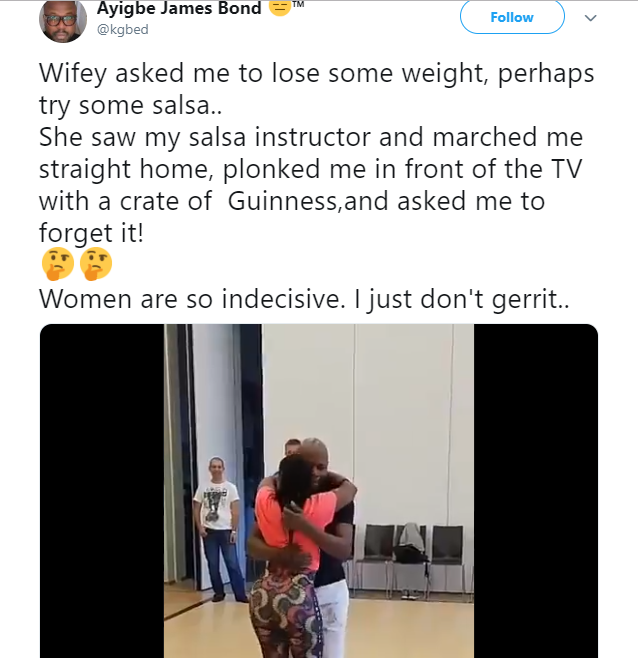 Below is what the man wrote;

Wifey asked me to lose some weight, perhaps try some salsa.. She saw my salsa instructor and marched me straight home, plonked me in front of the TV with a crate of Guinness, and asked me to forget it! Women are so indecisive. I just don’t gerrit.. 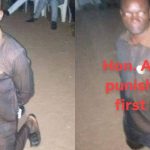 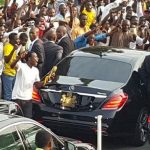