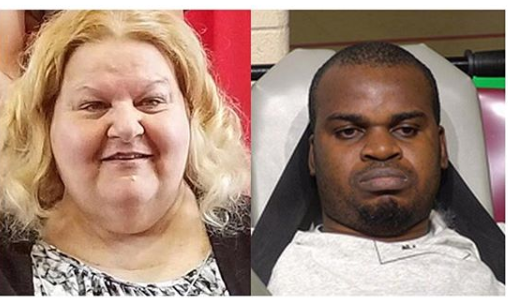 A Nigerian man identified as Kehinde Afolayan has been arrested after allegedly stabbing a 62-year-old paralyzed woman that is bounded to a wheelchair more than 100 times, near 5th Avenue and Clark Avenue in South Milwaukee.

The 31-year-old suspect was charged Tuesday, with one count of first-degree intentional homicide in connection with the Friday attack. If convicted of the felony charge, he faces up to life in prison.

The charging document says a witness peered through a window of the apartment on Clarke Avenue after being alerted by his sister to a commotion inside and saw Afolayan stab Deborah Lynch as she sat in her wheelchair.

Responding officers found Lynch sitting motionless in her wheelchair, breathing but unresponsive. A Flight for Life helicopter was called but Lynch passed away before being loaded onto the aircraft, the complaint said.

Officers arrested Afolayan at the apartment after finding him holding a blood-covered undershirt. Investigators said they found three bloody knives in and near the building, one of which was missing the blade.

Police said they were unable to interview Afolayan because he was not communicative, not even providing his name. He was, however, uttering statements such as, “Jesus forgives me.”

Lynch’s son, who also lived in the apartment, told officers that Afolayan had been living with them since October. A medical examiner said Lynch received 116 stabs wounds, most of which were to the chest and abdomen.

Atiku Welcomed By US Officials In Trump Hotel, Holds Meeting With US Congressman In Washington [Photos]

Shehu Sani Mocks APC As Atiku Arrives US After 12 Years, Along With Saraki [Photos/Video]