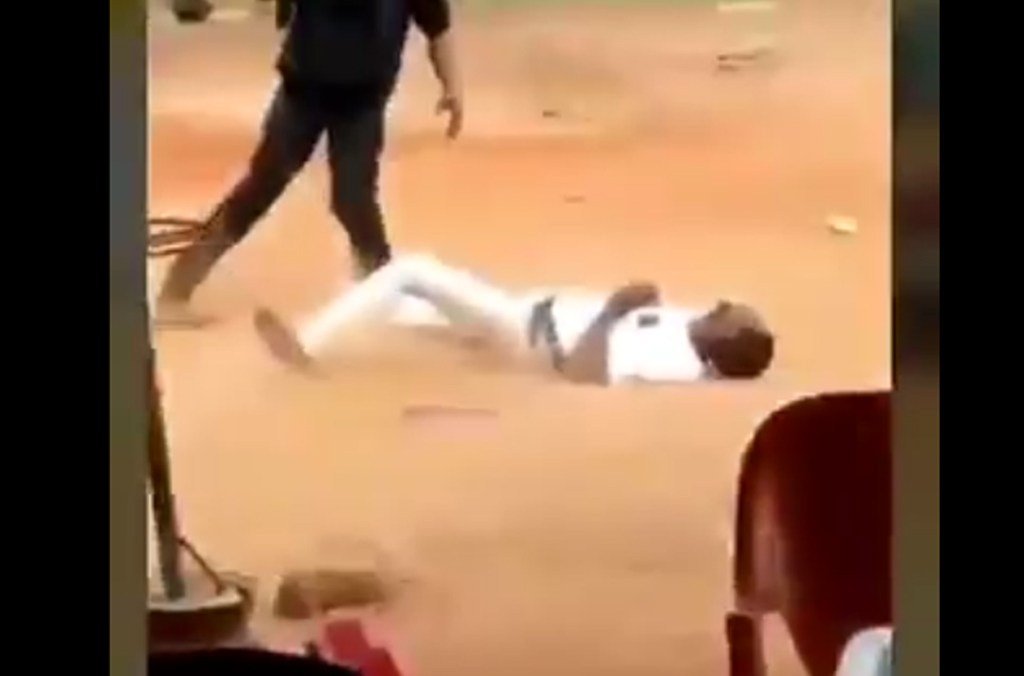 A viral video circulation the social media show a moment two armed police officers dragging an unarmed young man through the street, before firing at him at close range in Benin, Edo State.

The man fell down on the floor and appeared to have died instantly.

A male voice, apparently from those who did the secret recording, could be heard saying in Pidgin English:

“Dem finish-am (they have killed him)”.

“Jesus!” another voice, a female, is heard whispering, out of shock, apparently.

From the video, it appears the victim wanted to run away before the officers shot him dead.

The nature of the victim’s crime and his identity, as well as that of the officers, is unknown for now.

About four other young men are seen in the video lying down on the floor, with the officers pointing rifles at them.

It is not clear when the incident happened. But from what people are tweeting about it today, the incident may have happened either on Monday or Tuesday.

Nigerians have expressed outrage over the killing.

“So an unarmed man was shot dead in Benin city just because he was trying to resist arrest? Do Nigerian policemen receive training at all? Even in USA where protests against police brutality are common, police don’t shoot people dead for the fun of it,” a Twitter user, Deji Adelusi (@DejiAdelusi) said of the incident.

The police tweeted on Tuesday that the acting Inspector General of Police, Mohammed Adamu, “has ordered full investigation into the incident.”

“The @PoliceNG is, therefore, appealing to anyone who might have any useful information relating to the incident to reach us through any confidential means.

“We are committed to ensure justice is done.”