Two Nigerian police officers have been caught by a vigilante group while they were allegedly selling weed, locally known as “loud”, in Edo State.

In a video circulating on social media, the self-acclaimed police officers were seen in handcuffs while their belongings are being searched by officials of the vigilante group.

All sorts of weed including ‘loud’ and some other items they use in their illicit business were found after a search was conducted in a bag they carried in their car.

While being interrogated by their captors, the policemen pleaded with officials of the vigilante group to treat them gently as they don’t rough-handle people at their station.

KanyiDaily had also reported how two police officers were caught on camera dragging an unarmed young man through the street, before shooting at him at close range in Edo State. 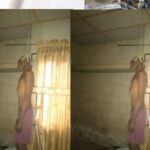 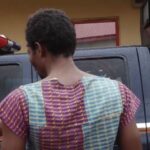