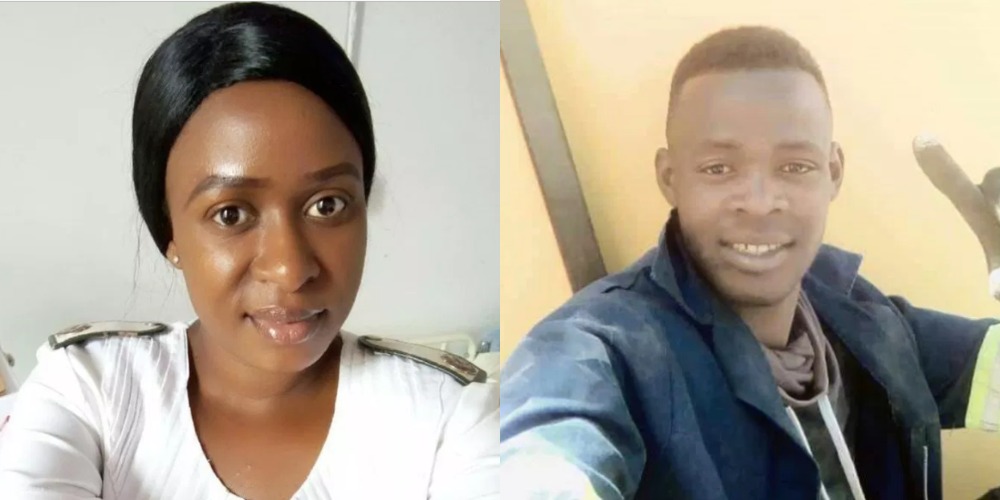 A 29-year-old nurse identified as Kundai Chitate who works at Masvingo general hospital in Zimbabwe is under fire after allegedly recording patients in labour inside maternity wards and sending the clips to her boyfriend.

According to reports, Kundai Chitate recorded screaming and groaning patients in labour and sent the audio clips to her boyfriend identified as Tichafara Mugumbate.

Apart from sending audio clips of women in labour, Kundai was also in the habit of sending her nudes to Tichafara.

The nurse was exposed by the South Africa-based ex-boyfriend after they broke up two weeks ago.

In defense after her deeds have been exposed, she said:

“The recording of the patients screaming and groaning in labour… I sent it to him by mistake.”

“As for the nudes, they are mine yes. I used to send him when we were still in a relationship but when we broke up he started acting weird and posting them in different WhatsApp groups.”

“His family and my family are aware of what he is doing. They have tried to talk him out of it but he won’t listen.”

New Police IG, Mohammed Adamu Speaks On What Will Happen During Election