The Peoples Democratic Party (PDP) has finally responded to claims made by the Buhari Media Organisation (BMO), that the Deputy Senate President Ike Ekweremadu, South-East Governors and some members of the party are working for President Muhammadu Buhari’s re-election.

In a statement signed by the Publicity Secretary for the PDP in the South-East, Dr. Chijioke Ekwegh, after its meeting with party leaders in the zone, the party said the BMO was only playing mind games, they also accused the All Progressives Congress (APC) of inciting the people of the region against Ekweremadu and the PDP Governors in the zone. The statement partly reads:

“The attention of the South-East zone of the PDP has been drawn to amateurish propaganda by the Buhari Media Organisation, a pro-All Progressives Congress group, wherein it claimed that Ike Ekweremadu and South-East PDP governors of PDP were working for APC’s victory in the 2019 presidential election.

“The fact that it came from the BMO clearly shows that it is a lie from the pit of hell meant to divide and disorganize the PDP ahead of the general elections.

“This misadventure by the BMO has, however, helped to expose the source of the lingering attempt to run down our party leaders in the zone, incite the people against them, and create bad blood among Ndigbo. Although we are in an election season, such extreme propaganda and mind games can’t be tolerated.

“The PDP remains one big family and every attempt, such as this, to play on our intelligence cannot stand.” 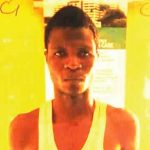 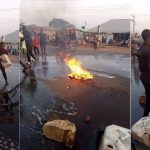