The Pastor of the Latter Rain Assembly, Tunde Bakare said that there was corruption under former President Goodluck Jonathan but life was better.

Bakare said this during an interview with Heritage Media in Calgary, however, he noted that ‘education in shambles, health care delivery in shambles did not all start with President Buhari.

The Pastor also defended President Buhari for not appointing ministers for six months saying that it was ‘because there was no money to pay them.’ He said:

“Development under President Buhari Buhari has been slow because as he said, he inherited an empty treasury. For six months, he could not appoint ministers because there was no money to pay them, and little by little, thank God, oil picked up.

“But a person like Obasanjo will now attack him and say, rightly, the price of oil had fallen completely and I met an empty treasury but I didn’t give excuses, I worked.

“But the difference is this, Obasanjo assembled the best, the brightest from across the nations of the earth, economists that knew their onions, to begin to help steer the affairs of the nation, and that is less seen in this administration.”

“The allegations by the Nigerian public is that those around the president are also stealing, and some names have been mentioned. You cannot be a clean man surrounded by rogues, if you don’t deal with those rogues, they would colour you with the same tar.”

On Buhari’s government achievement he said:

“We are no longer importing rice for three years that is an incredible achievement, seventeen local government occupied by Boko Haram no longer an issue … 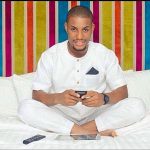 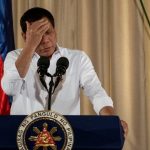