President Muhammadu Buhari says his administration is on a mission to rescue the nation’s resources from greedy people.

The President said this in his New Year message to Nigerians which was issued by his Special Adviser on Media and Publicity, Mr. Femi Adesina, in Abuja on Monday, December 31, 2018.

According to Vanguard, the president said the All Progressives Congress-led Federal Government had resolved to build a country in which the resources were utilized for the benefit of citizens, irrespective of their socio-political affiliations. He said:

“That is the journey we have embarked on since we came on board in 2015, and we are not distracted as we move on.

“We are resolved to build a country in which the resources are utilized for the benefit of the largest number, and not appropriated by a privileged few in their never ending quest to satisfy their greed.

“We are on this mission together, and I assure you of a firm commitment to the ideals of a safe, secure, fair, just and prosperous country.’’

According to him, Nigerians desire peace, security, prosperity, inclusiveness and infrastructure development, a nation they can be proud of, a country that can hold its own among the nations.

He, however, stated that those who continued to trumpet falsehood and negativity were on their own, fighting a losing battle.

He noted that the greater number of Nigerians are trusting and believing that we shall deliver on our promises for a level playing field at the polls, and that is what we shall do.

He, therefore, reiterated his promises and declarations that the general elections would be free, fair and credible.

“Elections need not be do or die affair, and we should not approach that eventuality in a democracy with trepidation and mortal fear.

“Happily, a large number of presidential candidates have committed to peace, and peace we shall have.’’

President Buhari acknowledged that the country had its challenges; ranging from security, economic, political to social, but the government had resolved to combat and overcome them all.

He, therefore, expressed the hope that Nigerians would renew the mandate they overwhelmingly gave the APC in 2015, for another term.

“I appreciate your support and collaboration in previous years, and look forward to same in 2019, and beyond, as I hope you will renew the mandate you overwhelmingly gave us in 2015, for another term.

“We are motivated by nothing other than service to motherland, and service without selfishness or personal interest.

“I can assure you all that we are making steady and sustainable progress in all areas of national life. Those who are unbiased can see and appreciate the progress the country has made since 2015.

“A New Year provides opportunity for renewal of commitment, and I invite you to rededicate yourselves to the vision of a Nigeria that works for all.

“We are moving from potentials to actualisation, and it’s a task to be accomplished by us all; man, woman, young, old, military, civilian, all Nigerians.Please come along, as we journey to the land of our dreams. Happy 2019.’’ 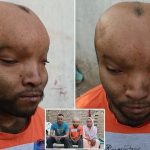 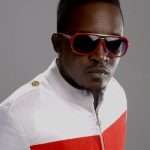