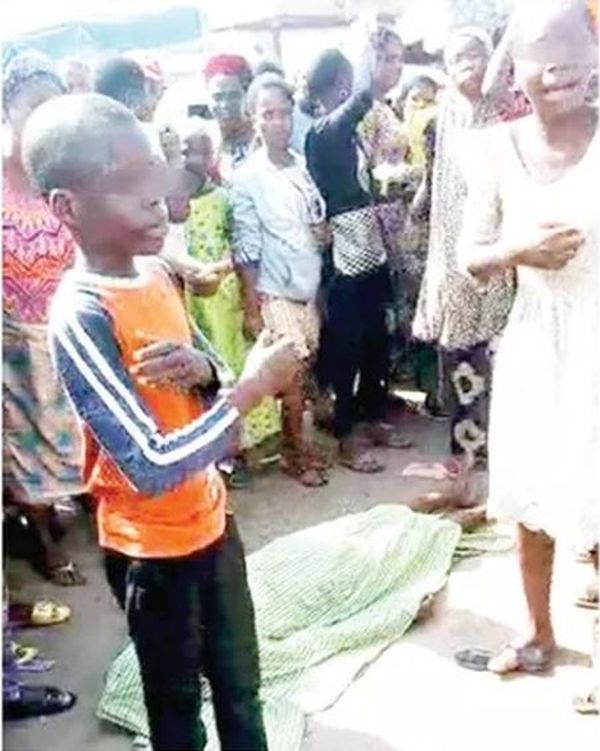 Two children wept uncontrollably as the watched their helpless mum who was rejected by a private hospital in Lagos, die in front of them, on the road.

There was a pathetic and emotional scene at Iyana Ipaja, when Toyin Ojo, a girl, 15, and Ezekiel Ojo, her brother, 11, wept uncontrollably on the road calling on their unconscious mother to wake up.

According to reports, their mother, Owojaiye Bukky, 42, collapsed and died on the road, inside a  tricycle, popularly known as Keke-NAPEP, after she was allegedly rejected and refused treatment from an unknown private hospital in Lagos State.

For several minutes, the grieving and helpless children, Toyin and Ezekiel cried uncontrollably over their lifeless mother on the road, passersby, pedestrians and street traders around moved closer to them to know what was happening.

A phone call was eventually put through to the Lagos State Ambulance Service, LASAMBUS before the children and their lifeless mother were moved away from the scene.

The details of the health history of the deceased could not be ascertained as at the time of filing this report.

Speaking with Telegraph on Sunday, an official of the LASAMBUS, who craved anonymity, said that the agency was alerted around 10: 35 am, the woman had already given up before they reached the scene. He said:

“At 10:35 am the Agege crew were notified of someone in need of medical attention at Iyana-Ipaja roundabout and on getting there, they met these two children: Toyin Ojo (female) 15, and Ezekiel Ojo (male) 11, beside their mother’s lifeless body, who was said to have collapsed inside Keke-NAPEP after being refused treatment from an unknown private hospital”.

The source, who confirmed the deceased’s name, said that the lifeless body and the children were moved into the ambulance. The corpse was taken to LASUTH Medical Emergency for certification after which it was later handed over to SEHMU officials at 5:30 pm

Also, medical screening was done on the two children at LASUTH’s social welfare unit. They were later taken down to Alausa accompanied by their neighbour, identified as Mrs. Omowunmi Stephen, who resides at Irifin, Synagogue Road, Ikotun.

Meanwhile, the children have been handed over to the Ministry of Women Affairs and Poverty Alleviation and Youths and Social Development, Alausa. 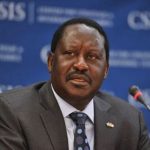 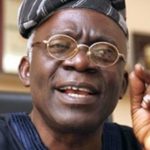