A group known as the Forum of Presidential Candidates and Political Parties for Good Governance has urged the presidential candidate of the Peoples Democratic Party (PDP), Atiku Abubakar not to challenge the outcome of the February 23 presidential election in court.

The chairman of the group, Shittu Kabir, stated this while speaking at a press conference in Abuja, yesterday, March 4, 2019.

According to Punch, the group called on Atiku to disregard the advice of those asking him to head to court, noting that they’re in talks with President Muhammadu Buhari to form a government of national unity. He said:

“We have advised the government to be magnanimous in victory. I believe that will be done. We have urged them that irrespective of political party or religion or tribe, the government should pick the best brains across the land and those who can contribute to the development of the country across the nation.

“We strongly urge Alhaji Abubakar to drop the legal option in expressing his grievances. This is consistent with the counsel of many well-meaning Nigerians including Chief Olisa Agbakoba.

“We also believe that the former vice president has made a mark among Nigerians of means who have positively impacted their communities. We think he has a lot more to contribute to developing humanity and promoting peace and progress in our nation, even without holding any political office.

“At his age, he should now avoid any action and utterances capable of fanning the embers of discord, disagreement and violent conduct. Nigeria is greater than any personal or class interest.

“Atiku has his right and nobody can infringe on his right. That is why we have not said he cannot go to court but we are saying he should not go to court.

“Instead of wasting that time and maybe draw our developmental stride backwards, let us give our nation time for development and let the government be focused on providing good governance.

“We need to get the country out of the wood and address national issues instead of diverting the attention of the government by going to court.” 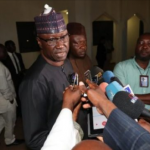 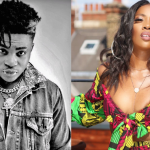