A Nigerian woman, who was allegedly brutalized and injured by her husband, has come under heavy criticisms from fellow citizens after revealing she still deeply loves him despite her condition.

According to reports, the woman was seriously wounded and left with bloodied eyes after the attack which saw her rejected by a hospital.

It was gathered that when human rights activists wanted to intervene on her behalf to make the husband pay for his action, she turned them down and said she still loves him.

Internet users have given their various opinions on the issue – with many urging the woman to leave the marriage or look for a better solution before ending up dead. 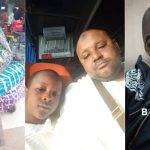 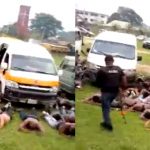