Pastor Joshua Iginla and wife has ended their marriage. The pastor confessed before his congregation on Sunday that he committed adultery, while announcing an end of his marriage to his wife, Yemisi.

According to Pastor Iginla, both of them are guilty of infidelity in the marriage, which was allegedly started by his wife, before he decided to pay her back.

But after he had another child outside of their marriage, his wife began to make life unbearable for him, he said to his congregation on Sunday.

“When my wife cheated and had an ‘unholy’ child, I covered her up but when mine happened, she started blackmailing me.

‘This is why I urge us to pray for our leaders. Its not easy for me to come out in public to say this, but I warned my wife, she didn’t listen rather she preferred to turn me to a laughing stock’.” 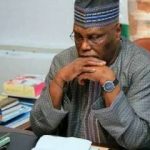 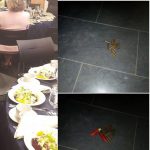