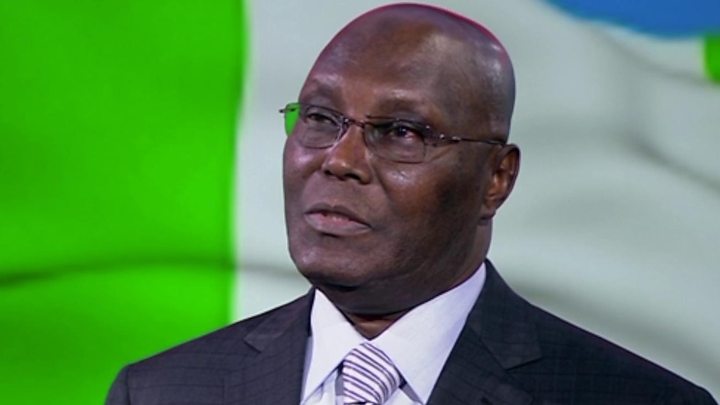 The Peoples Democratic Party (PDP) has reacted to the claim by the ruling All Progressives Congress (APC), that the presidential candidate of the PDP, Alhaji Atiku Abubakar, is not a Nigerian but a Cameroonian.

The APC had on Friday filed a motion at the Presidential Election Petition Tribunal in Abuja faulting the Atiku’s candidacy in the 2019 presidential election, claiming that Atiku is a Cameroonian and not a Nigerian citizen.

According to APC, Atiku was born in Jada, now Adamawa State but then in Northern Cameroon as of his birth in 1946, and is, therefore, a citizen of Cameroon.

However, the spokesperson for PDP’s Presidential Campaign Council, Mr. Segun Sowunmi, speaking on Channels Tv on Sunday said the claims by the APC that Atiku is not a Nigerian was just part of the acts of the ruling party to distract the former vice president from reclaiming his mandate.

Sowumi revealed that Atiku’s grandfather was actually from Sokoto State, but relocated to Adamawa with his friend, which is how Atiku became Waziri of Adamawa. He said:

“Atiku Abubakar has been the former vice president of this country and I think that when this kind of issues come up, you begin to query who exactly and what exactly is the geographical expression of Nigeria

“Most Nigerians know a lot about Atiku’s background and everything about the former vice president is that of Nigeria.

“In actual fact, Atiku’s grandfather is from Sokoto.

“Atiku is a Nigerian; he’s the Waziri of Adamawa. He is former vice president, former governorship candidate and I think that every territory of Nigeria is a Nigerian territory.

“Atiku is one of the citizens of the country, Nigeria. Atiku has been the former vice president of this country, GCON. When these kinds of issues come up, you even begin to query who exactly and what exactly is the geographical expression of Nigeria.”

He added that the PDP candidate was one of the citizens of the country, stressing that Nigeria has 36 states and the Federal Capital Territory, and Adamawa was one of them.