A female dancer identified as Evernice has been arrested for reportedly ‘raping’ a mentally unstable man in Chinhoyi area of Zimbabwe.

According to reports, Evernice is suspected to have been enticed by the size of the man’s privates before she lured him into a private room.

A close source said Evernice had gone to perform along with her fellow dancers on Friday last week around 5 pm when the man was making some funny moves. He was exposing his privates and he has a big private organ which Evernice got attracted to and she then got interested to get close to the victim. She then took him to a room where she slept with him.

After she finished having sex with him, the unstable man started telling people that he had had sex with the Evernice. She was on stage, and she was advised to run away since she had committed an offense by sleeping with a person who is not well. She refused to run away saying that he was the one who had slept with her, said the source.

A counsellor was quickly called before police also came to the scene and took her to the cells. She has been charged.

Mashonaland West provincial police spokesperson, Inspector Clemence Mabgweazara confirmed the arrest but said he is yet to be furnished with more details.

Dancers Association of Zimbabwe (DAZ), President Harpers Mapimhidze, confirmed the incident and blasted the dancer for tarnishing the name of the association.

“We condemn and don’t tolerate such behaviour by a dancer and we don’t expect this in the future.

“She took advantage of the man’s condition to quench her appetite,” said Mapimhidze. 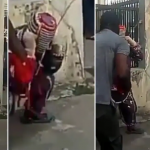 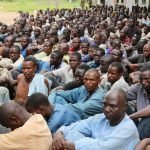