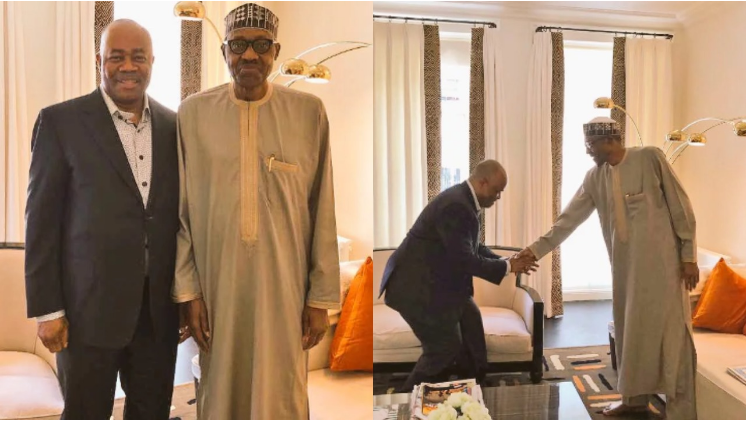 Elders of the All Progressives Congress (APC), in Akwa Ibom State, have alleged that former governor of the state, Senator Godswill Akpabio is unfit to become a minister under the next administration of President Muhammadu Buhari.

The elders, in a letter to President Buhari, which was made available to newsmen yesterday, warned him not to dent his image by appointing Senator Akpabio as a minister because of the corruption allegations, propensity for pettiness, mischief, treachery, profligacy and vendetta hanging on his neck.

The group was reacting to the rumours that Akpabio is among Nigerians already listed for President Buhari to consider for ministerial positions.

But the elders under the aegis of Ibom Integrity and Servant Leadership Culture Initiative, in the protest letter, warned that appointing the former governor a minister will only be an invitation for crisis in Akwa Ibom.

The protest letter entitled “Ministerial appointment: Why appointing Akpabio may be counterproductive”, was signed by the executive vice president of the group, Dr. Asuquo Edidem Etim, and copied to the national chairman of the party, Adams Oshiomhole, the Secretary to the Government of the Federation (SGF) Boss Mustapha, and the Chief of Staff to the President, Abba Kyari. The letter partly reads:

“Mr. President, this second mandate affords you the opportunity to select your ministers in a manner that will ensure that they do not become liabilities to your government or dent your impeccable image. Characters with known corruption allegations or propensity for pettiness, mischief, treachery, profligacy and vendetta, should be avoided. Senator Godswill Akpabio, unfortunately, is one of such integrity deficient individuals.

“Many had thought that his (Akpabio) joining APC would bring cool breeze of good fortunes to the party in the state, but rather his highhanded nature and disrespect for internal democracy in the party and the will of the people to chose their leaders, became a raging storm that uprooted the recognized structures of the party right from the grassroots, as he imposed party leaders from the wards and even unit levels. Leaving many party men and women very bruised, trampled and disgruntled. This sadly affected the chances of our governorship candidate, Obong Nsima Ekere.

“Akwa Ibom has many respectable, level headed personalities that would represent the state with grace at the federal executive, just as our son, Mr. Udoma Udo Udoma, Minister of Economic Planning, has done creditably in the past four years. In terms of loyalty to the party and contributions to its development in the state, we have Party men including Chief Umana Umana and Senator John Udoedehe, among others who had toiled to keep the party afloat over time in the state.”

“We plead with you, Mr. President, to save our dear state Akwa Ibom from a potential ugly scenario, similar to that of Rivers State, between Gov. Wike and Amaechi, that has turned the state into a battle field of blood and destruction, fuelled by ego and avoidable rivalry, especially, as the drumbeat of supremacy war and vendetta is already being fine-tuned, with claim of a ‘federal powerhouse in waiting’, by his gang. His propensity for violence is well documented in the state.

The group described Akpabio as a ‘destabilizing agent’ who is the reason the party did woefully in the state during this 2019 general elections in Akwa Ibom.