A 22-year-old lady, Soyebo Oluwakemi, was on Tuesday, declared missing by her family members in Lagos State, on her way back from work.

Oluwakemi’s mother, Mrs. Soyebo Bukola spoke to newsmen saying, her daughter had been missing since Monday, June 3, 2019, while she was returning home from her office. She said:

“We thought she was in her friend’s house because she usually sleeps in her place when there is heavy traffic or gridlock and she’s late for home.

“Even the time that a similar issue happened, she placed a call through that she wouldn’t be coming home because of the heavy traffic and the friend she slept in her house spoke to us too.”

Oluwakemi works with Friesland Campina (Wamco), the producer of Three Crowns and Peak Milk as a sales agent in Agbara axis, where her warehouse (Rasbak Essential) is situated and has been confirmed that she only works within that vicinity.

As of the time of filing this report, the three mobile phone numbers of the victim were switched off and unreachable.

In an effort to locate her, it was gathered that her parents, boss and friends have reported with the Morogbo Police Station situated along Badagry Expressway, Lagos.

Meanwhile, at 7:23 am Tuesday, one of Oluwakemi’s brothers, Sulaimon Adekunle took to the social media platforms to declare her missing and asked Nigerians to join in the search for her sister and the family’s effort on reuniting with her.

Hello Tweeps, please here is my younger sister. She works as a sales agent of Wamco (Producer of Three crowns and Peak milk) at Agbara, she was last seen on 3rd June, 2019 and has been reportedly declared missing too. Please help with any info on her whereabout. Call 07061580237 pic.twitter.com/g79wWQS47S 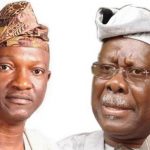 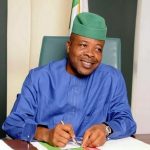