Despite the harsh criticism of the planned establishment of Ruga settlements across the country, the Federal Government is set to commence the pilot phase of the project in Taraba, Adamawa, Plateau, Kaduna and seven other states.

President Muhammadu Buhari had on Tuesday approved the establishment of Ruga settlements for herdsmen across the 36 states of the country, in a bid to put an end to open grazing by herdsmen and end herdsmen-farmers’ clashes across the country.

But all South-East state governors and three other governors rejected the Ruga settlements, saying they would not give out their land for herdsmen’s settlements in their states.

According to PUNCH, their correspondence learnt on Friday that the execution of the project would start in 11 states including Sokoto, Nasarawa, Kogi, Katsina, Kebbi, Zamfara and Niger.

Documents seen by one of the correspondents at the Federal Ministry of Agriculture and Rural Development showed that all was set for the implementation of the initiative.

According to senior officials of the ministry, the Federal Government is determined to go ahead with the project, notwithstanding the public outcry, particularly in the South.

“The pilot states for its implementation are Sokoto, Adamawa, Nasarawa, Kaduna, Kogi, Taraba, Katsina, Plateau, Kebbi, Zamfara and Niger. They are actually 11 in number and the governors of these states are coming to the ministry to learn how the Ruga settlements will be implemented,” a senior official at the FMARD, who spoke on condition of anonymity, said.

“Some of the governors came here and they promised to provide land because they have seen the benefits they will derive from the initiative. It is not that the Federal Government wants to invade the states, no!” 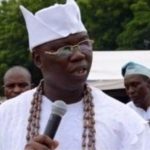 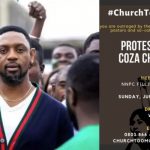