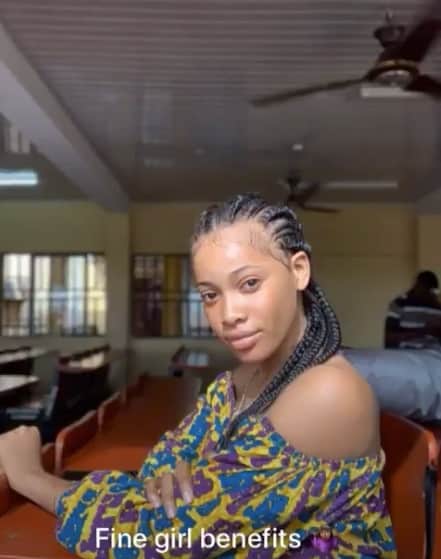 A Nigerian guy has decided to step up his dating game a notch higher by sending gifts which include a bouquet of hundred dollar bills and chocolates to his crush who is a student of the University of Lagos (UNILAG).

The pretty female student shared a video online detailing the amazing bouquet of dollars she got from the unidentified man who wanted to get her attention.

In the video, the girl and her friends were seen together opening and admiring the gifts which include; a bouquet of flowers and a hamper filled with goodies. 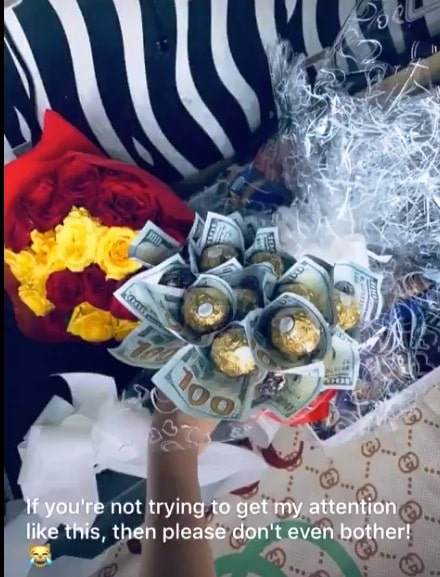 There was a special box which they all believed contained a shoe. On opening the gift box, the girls screamed as they were amazed at what they found.

It was a beautifully crafted bouquet made with 100 US dollar bills which was in the sum of 540k and chocolates wrapped in golden wrappers. On seeing the special bouquet the girl and her friends could be heard screaming in excitement, they could not believe their eyes.

Twitter user @Tolupops who shared the photos and video wrote:

“So yesterday a guy sent a bouquet of dollars to his crush at Moremi hall, Unilag just to get her attention Love is sweet when money enters, love is sweeter”