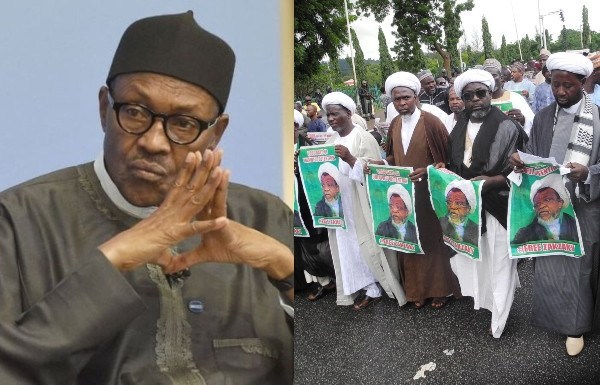 President Muhammadu Buhari-led administration has obtained a court order to proscribe the  Shiites’ organization formally referred to as the Islamic Movement in Nigeria (IMN).

The court gave the order that the group should be proscribed following an ex parte application by the federal government.

According to Punch, the ex parte application marked FHC/ABJ/CS/876/2019 was filed in the name of the “Attorney-General of the Federation” before the court on Thursday.

The matter was argued on behalf of the government by the Solicitor-General of the Federation and Permanent Secretary, Federal Ministry of Justice, Mr Dayo Apata.

However, the group had no representatives in court on Friday.

Justice Nkeonye Maha issued the order in a ruling in which she also designated the activities of the Shiite organization in any part of Nigeria “as acts of terrorism and illegality”.

The court restrained “any person or group of persons” from participating in any form of activities involving or concerning the IMN “under any name or platform” in Nigeria.

To complete the process of the proscription of the group, the court ordered the Attorney-General of the Federation “to publish the order proscribing the respondent (Islamic Movement in Nigeria) in the official gazette and two national dailies”. In its ruling the court said:

“An order of this honourable court proscribing the existence and activities of the respondent (Islamic Movement in Nigeria) in any part of Nigeria, under whatever form or guise either in groups or as individuals by whatever names they are called.

“An order restraining any person or group of persons from participating in any manner whatsoever in any form of activities involving or concerning the prosecution of the collective intention or otherwise of the respondent (Islamic Movement in Nigeria) under any other name or platform howsoever called or described in any part of Nigeria.

“An order directing the applicant (the AGF) to publish the order proscribing the respondent (Islamic Movement in Nigeria) in the official gazette and two national dailies.

The Deputy Commissioner of Police in charge of Operations, Federal Capital Territory Command, Usman Umar, and a ChannelsTV journalist, Precious Owolabi, died in the clash with many others injured and property destroyed.

The Shiites have for over two years taken to the streets particularly in Abuja to demand the release of their leader, Sheikh Ibrahim El-Zakzaky, and his wife, Zeenat.

In a response to the court order, the spokesperson for the group, Ibrahim Musa who spoke with Punch on Friday said the group could not be proscribed because its members are not politicians but Muslims practising Islam.

According to him, the group are not in possession of arms and they do not force anyone to join them rather all they want is justice. Musa said

“Firstly, we are not an organisation or association or a political party that can be proscribed by fiat.

“We are Muslims practising Islam as revealed to Prophet Muhammed under the leadership of his family. Ours is a mass movement, hence we can’t abandon our religion just like that.

“We don’t bear arms, we don’t force others to join us, we are just demanding justice within the ambit of the law, therefore, proscribing us won’t work.

“We can’t say this is what we will do if we are proscribed, because it just won’t work. We are in each and every facet of life like other citizens.” 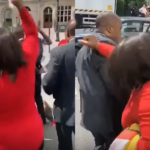