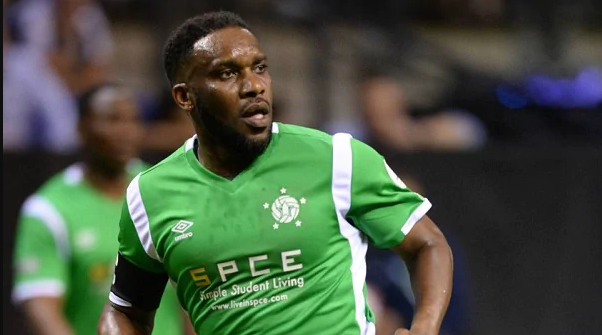 Nigerian football legend, Austin Jay Jay Okocha has talked about how he made racists ‘eat grass’ with his masterful dribbling in Germany.

One thing Jay-Jay Okocha is known for is his stunning ability to dribble past any opponent on the football pitch. During his career as a footballer, he always put up a show whenever he played and wowed fans with his undeniable talent.

In one of his recent interviews at the Teju Babyface show, Okocha revealed that he used his dribbling to punish racists when he went to play in Germany.

According to him, racism was too much in Germany at the time and it disgusted him so he decided to use football to punish some of the racists who were footballers.

He revealed that he started dribbling them on the field of play to pay back. In fact, he determined to dribble them so well that some of them would eat grass. He said:

“When i first moved to Europe it was Germany i went to. The rate of racism was too high there. I never knew i was black until i got to Germany. So what could i do to show that i was also a racism, I started dribbling them. I dribbled them sotey some people go chop grass. 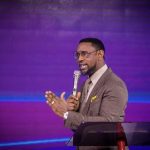 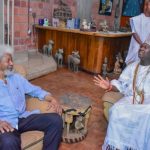