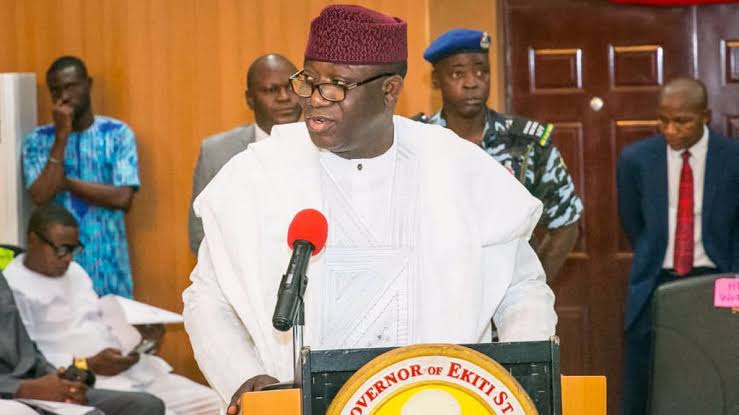 Ekiti State Government has commenced public naming and shaming of individuals involved in sexual crime, in a bid to curb sexual crimes, especially child defilement and rape in the state.

Governor Kayode Fayemi said the state would regularly name and shame every person, who has been convicted for sexual crimes.

Fayemi, in a tweet on his Twitter handle began the naming with one Rev. Asateru Gabriel, who is serving a five-year year jail term for sexually abusing a seven-year-old girl. 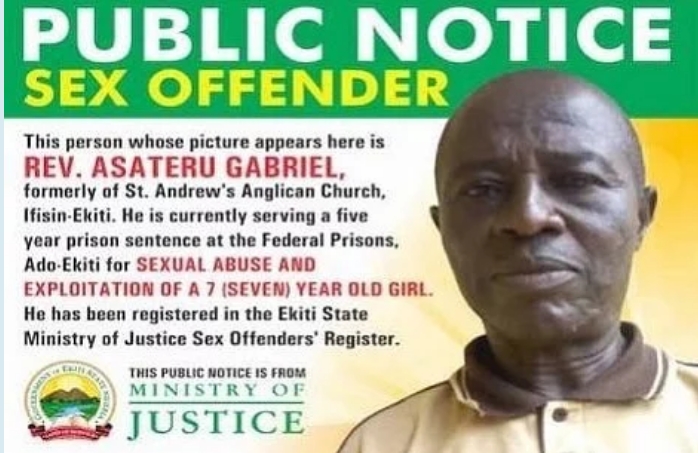 The image posted by the governor reads:

“He is currently serving a five-year prison sentence at the Federal Prisons, Ado-Ekiti, for sexual abuse and exploitation of a seven-year-old girl.

“He has been registered in the Ekiti State Ministry of Justice Sex Offenders’ Register.”