The management of Khafi Kareem has risen to the defense of the BBNaija Season 4 housemate saying she remains a proud black female officer despite the reports of the Metropolitan police force dissociating itself from her.

Acording to a special report by The Sun Newspaper, Khafi’s participation in the BBNaija was not supported by the force – she faces being sacked for defying her bosses to appear on the reality television programme. 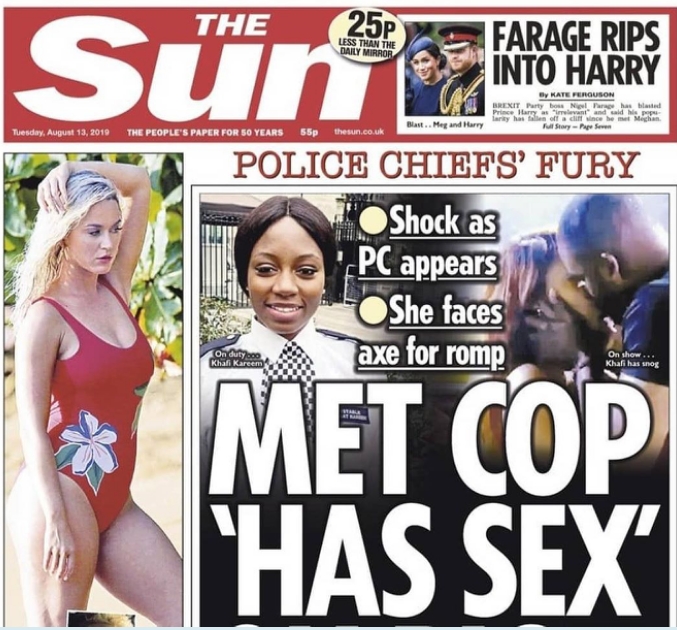 It was also reported that 29-year-old Khafi’s romance with Gedoni has seen her facing an investigation by the Met’s Directorate of Professional Standards.

However, in a statement released on Khafi’s official Instagram handle, the management said “Khafi is a proud black female officer who prides herself in her work and has dedicated her youthful years protecting and serving with her many skills which include the ability to speak at least five international languages.”

Khafi’s management also claims the report by the UK Sun is not only derogatory but sensational.

The 29-year-old officer’s management claimed the media house refused to inquire or get her side of the story before publishing the article.

The management also said it finds the article ‘repulsive and damaging to the image and livelihood of Khafi.’

In its conclusion, Khafi’s management demand an apology from the UK Sun in 48 hours or risk getting sued. 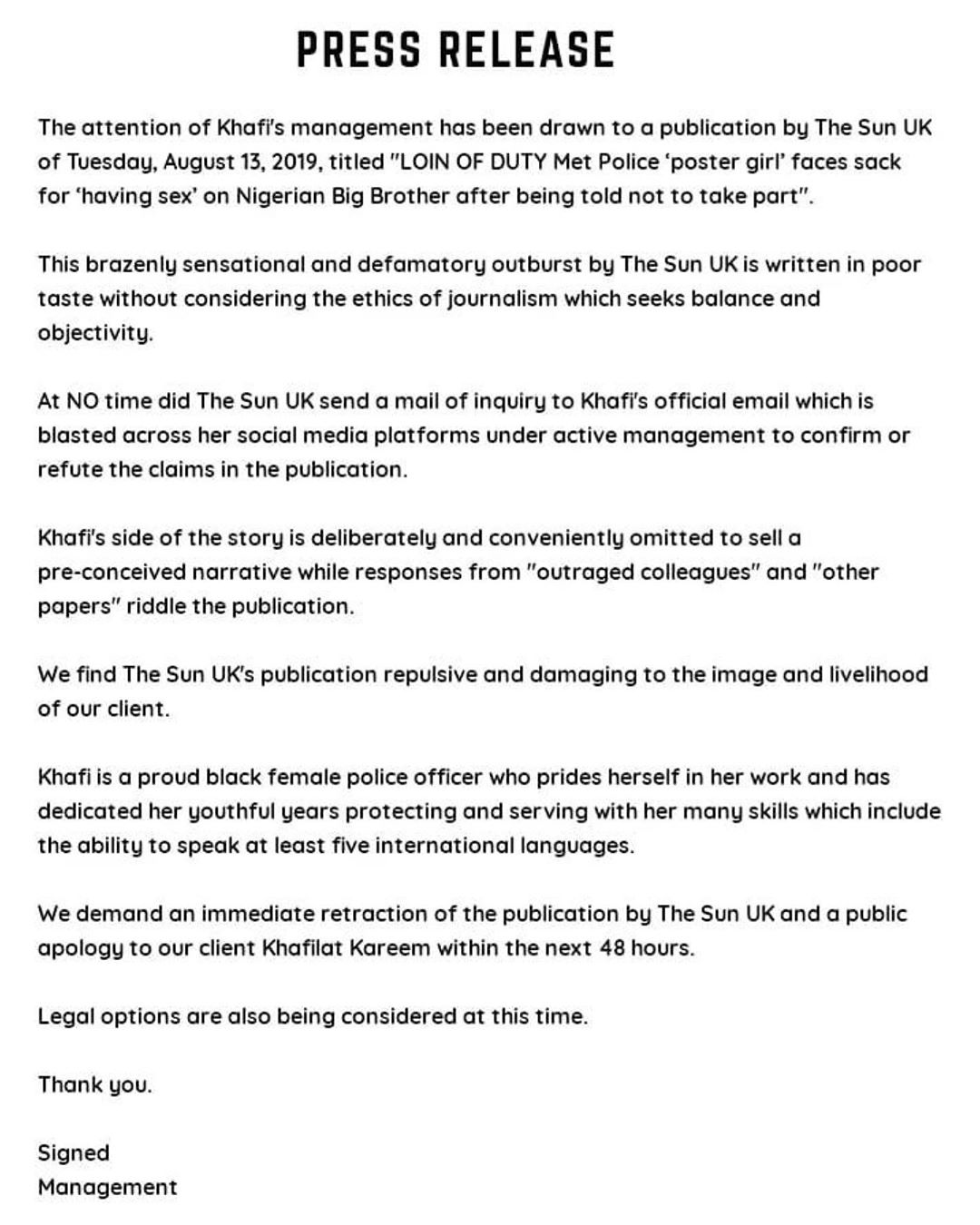 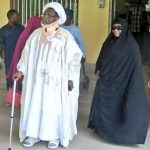 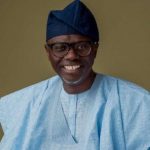