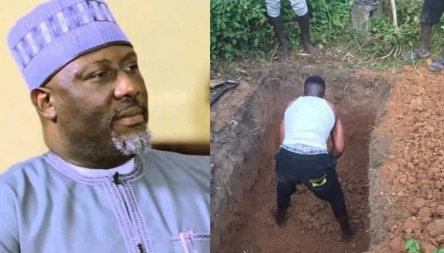 Peoples Democratic Party (PDP) Kogi West Senatorial candidate in Saturday’s election, Dino Melaye has buried his nephew whom he accused thugs of the ruling All Progressives Congress(APC) of killing during the election.

KanyiDaily recalls that Melaye had announced the death of his nephew who died on Sunday morning after being allegedly shot at a polling unit on Saturday.

The Senator as taken to his Twitter page and shared a video of the young man being laid to rest. He wrote:

“My nephew Juwon good night. A boy who never knew his mum did not have the luxury of being breastfed. Yet God took care of him. Now APC thugs killed him. Avenge your death brother.”

My nephew Juwon good night. A boy who never knew his mum, did not have the luxury of being breast fed. Yet God took care of him. Now APC thugs killed him. Avenge your death brother. pic.twitter.com/LIkIKEudin

KanyiDaily had earlier reported that some thugs attacked the polling unit where Dino Melaye cast his vote and hijacked the electoral materials.

The hoodlums who came in black hillux van and Honda Civic saloon car broke one of the boxes and carted away the other, shooting into the air. 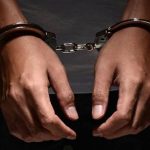 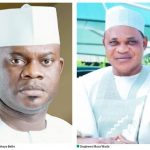