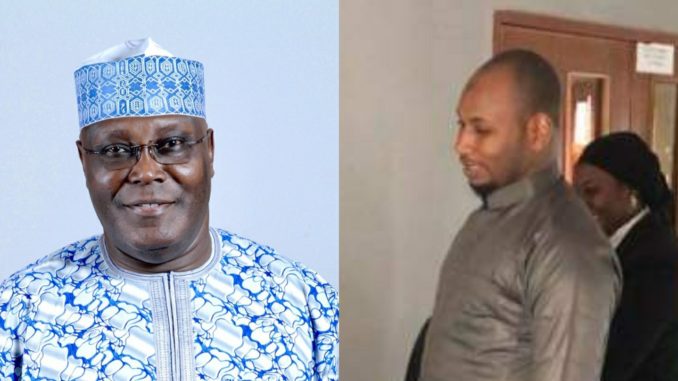 PM News reports that Aminu Ahmed was arraigned by EFCC sometime in March 2019 for defrauding one Auwal Iliyasu by posing Atiku Abubakar.

He was convicted by Justice Sa’adatu Mark of the Federal High Court Kano on a two-count charge of conspiracy and obtaining by false pretense.

The convict was sentenced to six months imprisonments with an option of restituting the sum of N200,000 to the victim.

Meanwhile, KanyiDaily had reported that the police in Thailand arrested a Nigerian Pastor identified as Aramide Ojo for defrauding 3 Thai women of 1.5million Baht($49,500) through romance scam.

Pastor Aramide Ojo scammed the 3 women after he started a romantic relationship with them by posing as an Italian businessman with a chain of luxury fashion stores on the dating site BitMistress.com.