The Economic and Financial Crimes Commission (EFCC) has told the Federal High Court in Abuja that N75 million was recovered from Halima Tanimu-Turaki, wife of a former Minister for Special Duties and Inter Governmental Affairs. 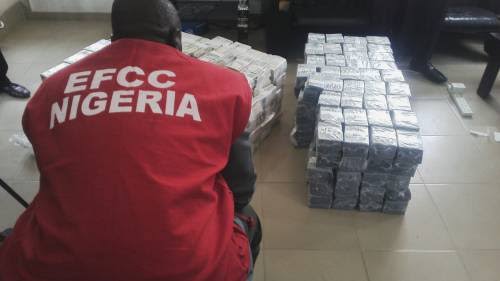 Tanimu Turaki was a Minister of Special Duties and Inter-Governmental Affairs in Goodluck Jonathan’s government between 2013 and 2015. He also served as supervising minister for Federal Ministry of Labour between 2014 and 2015.

An EFCC official, Mr. Bello Hamma-Adama, who was the fifth prosecution witness (PW5) in the ongoing trial of Taminu-Turaki, made the disclosure before Justice Inyang Ekwo on Wednesday, January 27, 2021.

The anti-graft agency had arraigned the former minister alongside his former Special Assistant, Sampson Okpetu, and two firms – Samtee Essentials Limited and Pasco Investment Limited – as first to fourth defendants on a 16-count bordering on money laundering.

Although the defendants pleaded not guilty to the charges, EFCC, however, alleged that the defendants used the companies to launder about N845 million stolen from the two ministries where the minister held sway.

Led in evidence-in-chief by counsel to the EFCC, Mohammed Abubakar, the witness told the court that about N359 million was moved from the Ministry of Special Duties for a sensitisation project for the government.

Hamma-Adama, who was the lead investigator in the agency, however, stated that the money was later transferred in tranches into private individuals’ accounts.

Giving the breakdown, he noted that N45 million was transferred to the minister’s brother, Abdullahi Maigwandu, through his Zenith Bank account.

Out of the N45 million, he added that Maigwandu transferred N20 million to the Guarantee Trust Bank account of the ex-minister’s wife.

Justice Ekwo has adjourned the matter till February 9 and 10 for continuation of trial.

KanyiDaily recalls that the EFCC had also revealed how the sum of N2.2 billion was spent by Sambo Dasuki, former national security adviser (NSA), on prayers to defeat Boko Haram. 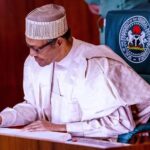 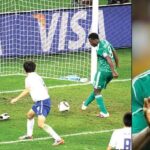