Embattled former attorney-general of the federation and minister of justice, Mohammed Bello Adoke, has been repatriated by the Dubai authorities following request by the Economic Financial Crimes Commission (EFCC).

He was accompanied by INTERPOL officers on Emirates Airlines Flight 785, which departed the Emirati commercial capital at about 11am Dubai time (8am Nigerian time).

The plane touched down at the Nnamdi AZIKIWE International Airport 3:45pm.

The ex-AGF upon arrival has been taken into custody by the EFCC, and transferred into a Toyota bus marked RBC 931 BV while reading a book he brought from Dubai. 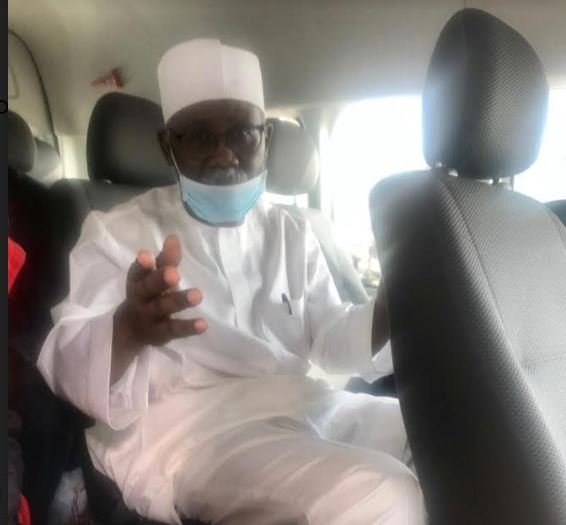 The EFCC had in 2017 filed charges against Shell Nigeria Exploration Production Company Limited and 10 others, including Adoke and Nigeria Agip Exploration Limited.

The anti-corruption commission in the case marked FCT/HC/CR/124/17, filed charges bordering on fraudulent allocation of the Oil Prospecting Licence 245 and other forms of offences involving the sum of about $1.2 billion, forgery of bank documents, bribery and corruption.

But Adoke in a motion, M/763/19, filed by his counsel, Mike Ozekhome, SAN, sought an order of the court striking out his name as a defendant in a case pending before the court.

The former minister hinged the prayer, among others, on the fact that he had secured a judgment of the Federal High Court in Abuja, against the Attorney-General of the Federation, representing the Federal Republic of Nigeria in which he was completely exculpated with respect to the facts and circumstances relating to the Malabu Oil scam.

Man With 17 Children From Different Women, Impregnates His 16-Year-Old Daughter In Ondo