Edo State Governor, Godwin Obaseki said the suspension of the National Chairman of the All Progressives Congress (APC), Comrade Adams Oshiomhole from the party still stands until he apologises remorsefully to the APC.

Obaseki said this during an expanded meeting with leaders of the APC from all the wards and local government areas in Edo North held at Jattu-Uzaire, Etsako West Local Government Area of the state.

According to Obaseki, due process was followed in the suspension of Oshiomhole, and that any action taken by the suspended national chairman remains ultra vires.

He stated that the national chairman could only be considered back into the party when he apologises to members of the APC, noting that Oshiomhole could not take any action on behalf of the APC because he was validly suspended from his ward.

“If he comes back remorseful and apologetic, we will consider taking him back,” he said.

Governor Obaseki said the APC national chairman lied about nominating only one Commissioner in his cabinet, adding:

“He cancelled the primaries that were initially done by the party at the state level for the 2019 general elections and did his own. Because he could not control us at the executive, he manipulated the legislature so he can use the house to impeach us.”

Obaseki maintained that the party and its members do not support godfatherism in the state, adding, “If you behave like godfather, we will fight you”.

KanyiDaily had reported that Oshiomhole claimed he is usually embarrassed when people say he wants to be the godfather in Edo State politics.

The APC chairman said he would have been influencing the appointment of several people if he was a godfather, but that he was only able to persuade Governo Obaseki to accept a founding member of his campaign organisation in 2006 as commissioner. 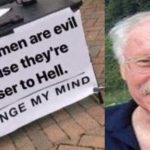 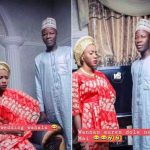