Early this year on the 6th of January, 16-year-old Nabila Az-Zahra, a high school student in Gowa regency, South Sulawesi was surfing around on social site Twitter until she started receiving direct messages from fellow Twitter users all pointing her to a thread of tweets written by another user whose profile picture appeared to be a carbon copy of Nabila. 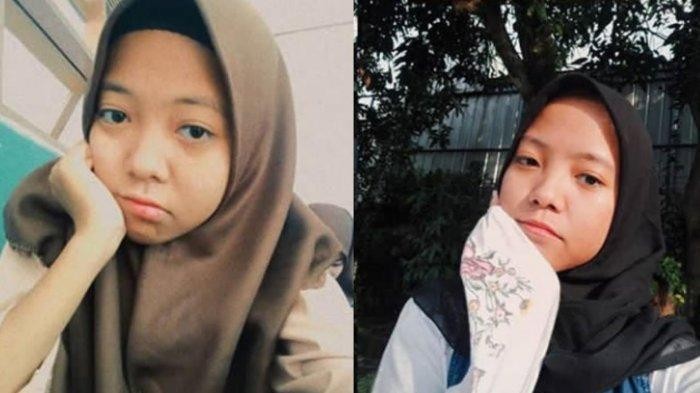 Nabila initially did not pay any attention to that because there are millions of fake accounts on Twitter.

“On Jan. 7, I checked my DMs on Instagram and found a message from an account belonging to someone named Nadya,” Nabila wrote about her discovery.

“She asked me, ‘Don’t you think we look alike?’ At which point I suggested to her that it would be best for us to have a video call so as to not waste time.”

However, the person she saw on the video call caught her off-guard; Nadya looked just like her.

“We asked each other personal questions during the video call such as our weight, height, favorite color and favorite drink. Our answers were 90 percent similar!”

“Nadya asked me, “What if we’re actually twins?” I told her I’d be really happy; it would be like a dream come true. I considered the possibility and decided to ask my mom about it,” she said.

Nabila’s parents, Ramli and Johra told her that she was adopted and that she was born alongside two twin siblings, one of whom was Nadya. Her birth parents were in difficult financial circumstances when the triplets were born, and they thought it would be better to put Nabila and her two siblings up for adoption, according to her mother.

“[My mom] told me that I only weighed 1.4 kilograms as a newborn. I was dying,” Nabila wrote, adding that she and Nadya were now looking for their other sibling.

“I was both sad and happy at the same time upon learning about the truth. Happy because I got to meet my twin, sad because I didn’t expect such a story. I’m grateful that I still have my family who have sincerely raised me to this day.”

Nabila’s heart-warming reunion with her twin has quickly gone viral, garnering over 12,000 retweets at the time of writing. 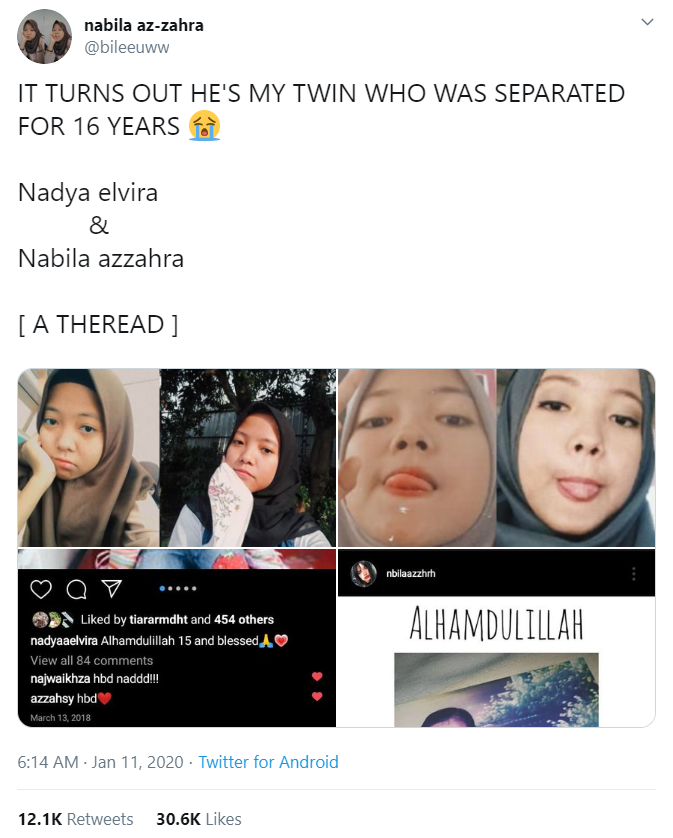 Twitter users rejoiced with Nadya and Nabila, and prayed for the triplets to unite.

“It’s very much like sinetron. I hope you’ll find your third sibling. Don’t be sad for everything that happened, I’m sure it’s all for the best,” Twitter user @safiraafik wrote in a tweet.

Meanwhile, a young man who’s father sold his only motorcycle to save his eyes has repaid his dad by buying him a car. The young man wrote ”I knew God will never fail me I said a secret prayer in my heart I so much believed in God even in my darkest path in life. 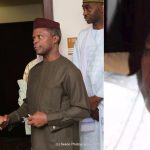 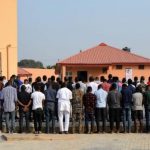