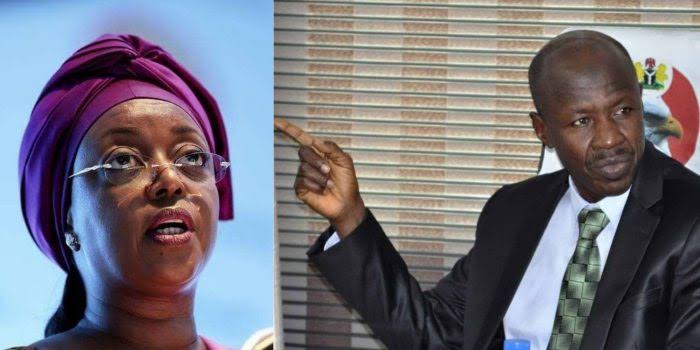 The Acting Chairman of the Economic and Financial Crimes Commission (EFCC), Ibrahim Magu, has vowed that the former Minister of Petroleum Resources, Mrs. Diezani Alison-Madueke, would be brought back to the country this year for prosecution.

Magu disclosed this while fielding questions from journalists during his working visit to the Commission’s Ibadan zonal office on Wednesday, January 22, 2020.

He said that the agency was collaborating with all stakeholders to ensure that the war against malfeasance is successful.

EFCC boss also decried the refusal of the United Kingdom to extradite Mrs Diezani to face trial for alleged money laundering in Nigeria.

Magu alleged that some foreign countries were sabotaging the efforts of the commission in the fight against graft.

“We are collaborating with everybody, including Nigerians in the Diaspora. We have collected a lot of information so as to expose the looters for them to return their loot,” he said.

“For instance, there is a sabotage from foreign partners about the trial of former Petroleum Minister, Diezani Alison-Madueke, because they are giving her protection. They are yet to disclose her offence. They just rely on the evidence we have recovered, but we have already set up another strategy to investigate the matter but I won’t disclose this.

“We have relations with the FBI (Federal Bureau of Investigation) and CIA (Central Intelligence Agency) in most of the overseas countries. She will be brought down to Nigeria for continuation of her trial this year because there is no reason for keeping her. She has not been taken to court for the past five years of her trial. Why should one issue be investigated for five years? This is a straight-forward case. It is a financial crime case. If they don’t have enough evidence, she should be brought back home for trial.”

He disclosed that the Commission had sufficient evidence to prosecute Mrs Diezani for the alleged financial malfeasance she committed while in office.

Magu noted that the looted funds, traced to Mrs Diezani and others, could be used to keep the wheel of the nation’s economy rolling if recovered.

This is coming 24 hours after President Muhammadu Buhari sought the support of the UK government in extraditing persons facing corruption charges in Nigeria, but who are taking refuge in Britain.

Buhari said the ongoing anti-corruption war in Nigeria, though slow but painstaking, needed the cooperation of the National Crime Agency (NCA). 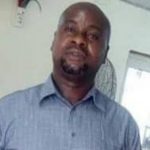 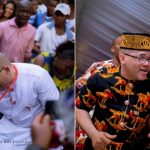