Imo State Governor, Emeka Ihedioha said he is not disturbed about the New Year prophecy of the Spiritual Director of the Adoration Ministry in Enugu, Fr. Ejike Mbaka.

KanyiDaily had reported that Fr. Mbaka prophesied that the 2019 All Progressive Congress (APC) governorship candidate for Imo State, Senator Hope Uzodinma, would become the governor of the state this year 2020.

Reacting to the prophecy, the Imo State Commissioner for Information, Felix Ebiliekwe, who spoke to newsmen on Thursday, said neither the governor nor his (governor’s) aides and appointees were disturbed by the cleric’s prophecy.

Ebilikwe said apart from the fact that Uzodinma, coming a distant fourth at the polls, his petitions at the Election Petitions Tribunal and his appeal at the Court of Appeal against the declaration of Ihedioha, as the governor of the state by the Independent National Electoral Commission, were “summarily dismissed.”

He expressed optimism that the Apex Court would equally dismiss Uzodinma’s appeal before it, hence there was no room for fresh evidences and prayers in the appeal.

“Senator Hope Uzodinma’s petition at the court of first instance, the Elections Petitions Tribunal was dismissed. His appeal at the Court of Appeal was thrown out for lacking in merit.

“The Supreme Court will equally do the same because there will not be any fresh evidences to be filed.

“I will suggest to Revd. Fr. Mbaka to face his spiritual calling and leave politics alone; Imo is in safe hands.

“The things the governor has been able to do in seven months have shown and is very clear to the blind that Imo is being rebuilt. The governor is not disturbed by the priest’s prophecy,” he said. 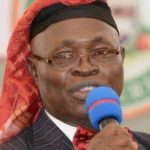