The Bishops of Anglican Church have asked the Catholic Church to call the Spiritual Director of Adoration Ministry in Enugu state, Rev. Fr. Ejike Mbaka, to order over a prophecy that predicted the sack of Emeka Ihedioha as governor of Imo State.

Reacting to the development, the Anglican Bishops said Father Mbaka is politicising his commercialising his ministry too much and it is dangerousfor the church.

The Bishops, who spoke through the Archbishop of Enugu Province, Dr. Emmanuel Chukwuma, said:

“We pray that Father Ejike Mbaka should desist from his distortive prophecy and face his ministry. We call on the Catholic Church to call him to order. He is politicising his ministry too much and commercialising his ministry and that is dangerous to the ministry of the church and this we totally condemn.”

The Bishops also rejected the Supreme Court judgement which they described as kangaroo and unacceptable to the people of Imo State, and called for the reversal of the decision.

Consequently, the clerics called for the immediate resignation of Justice Tanko Mohammed as the Chief Justice of Nigeria, saying he is not qualified to head the nation’s judiciary. Bishop Chukwuma said:

“I am speaking the minds of most of the Bishops of the Anglican Church that we are very much discontented and very much in disagreement with the kangaroo judgment of the Supreme Court on what has happened in Imo State.

“We sincerely feel disappointed with the Chief Justice of Nigeria, who has not got his facts correct and we feel that, that judgment is wicked and corrupt.

“We also feel that the conclusion of the last judgment of yesterday (Monday) was as a result of fear of what will happen in Nigeria because of the reaction to their judgment on Imo State and so, they quickly made others to say pass, pass, they have a hidden agenda.

“And so, we are calling on the Supreme Court to reverse their judgment on Imo State before they will see the wrath of God. There is no way Imo State people could have voted for APC with the bad governance of Okorocha, for which in the House of Assembly APC has no single seat during the election.

“Hope Uzodinma is my friend; I am not against him but I am against the Supreme Court justices who mutilated the result, judging the case on the total votes that were more than accredited votes, which is absolutely incongruous and very much antithetical to democracy spirit.

“It is, therefore, our prayer that Independent National Electoral Commission, INEC, should also be up and doing in their declaration of results and be able to defend whatever they declared in the sight of the Supreme Court.

“With him now, he has really shown Nigerians that General Buhari, I call him General because he is doing what he is called to do, had an agenda to remove Onnoghen to perpetrate what is happening now, which is capable of causing another civil war in Nigeria after 50 years.”

The bishops also condemned the killing of Christian Association of Nigeria, CAN, chairman in Adamawa State and called on the Federal Government to assure Christians in the north and church leaders that they are safe by providing proper security.

They also called for the termination of the appointment of “the service chiefs who have over-stayed and are now irrelevant. They should stop deceiving Nigerians that Boko Haram has been defeated, which is not true with what is happening.

“A lot of money has been spent on the military fighting in the north and the result has been very much negative and so we say, enough is enough to avoid another civil war in Nigeria because the way things are going, Nigeria is not on a stead and it will come to a time when all of us will now cause a revolution in Nigeria to make sure we have good governance and security if we don’t take time.

“But let me warn the present government that we cannot continue this way, things are getting so tough and hard for people but it seems Buhari and his government are getting insensitive to the affairs of Nigerians and if they fail to do something this new year, they should expect God’s intervention that will be very much disastrous.

“Nigerians deserve better government and let there be proper and sincere implementation of the budget in this fiscal year; security must be assured; life must be made easy and essential amenities must be provided, otherwise the budgeted trillions become useless.

“I call on church leaders in Nigeria to stand up and beef up their prayers for the battle we are going to fight now is going to be a spiritual one and God is going to help us to overcome. I call on all Christians to intensify their prayers to this battle and pray that God will deliver Nigeria in this decade that has just started.

“But we want to say, let there be no more slaughtering or execution of any church leader in Nigeria, otherwise, all Christians will react and that will be very bad for this present government, which we feel has not treated Nigerians properly.

“We feel very sad, disappointed and we feel a lot should be done by the security agencies to nab these people who killed that man or else we will pass a vote of no confidence on our security people, particularly those who are handling Boko Haram and Nigeria government should not be deceiving us that Boko Haram has been defeated.” 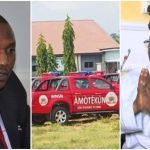 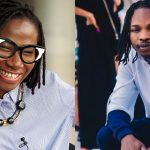