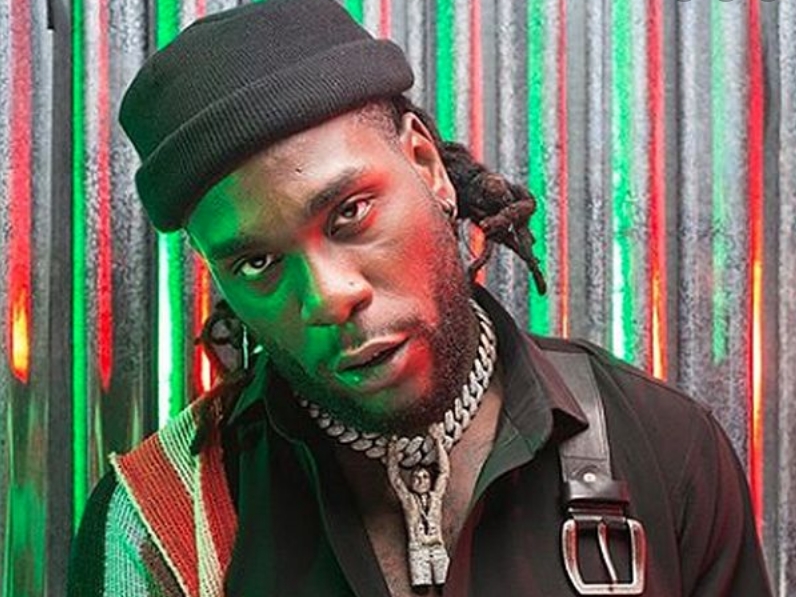 Nigerian singer, Burna Boy has reiterated his earlier comment despite the outrage it generated on the social media.

KanyiDaily recalls that a few days ago, Burna Boy declared that he is the best among his peers since Afrobeat legend, Fela Anikulapo Kuti, and that no one paved a way for him.

Following the backlash over his declaration, the singer has taken to his Twitter page once again to slam Nigerians who lashed him out on the claims he hasn’t earned any bragging rights because he only came into limelight two years ago.

Burna Boy insisted that nobody asides Fela or his family members can lay claim to paving the way for him. He wrote:

“😂 If you know you danced or sang along to any Burna Boy song Or you was at any of my Shows turning up anytime from 2012-2018 and you are following these Spineless Olodo’s to say I’ve only been here 2years or your following them to rejoice and wish me bad.

“I repeat. Nobody that is not Fela or My Family can EVER say they paved any way for me. Fvck you!”

“Remember I Told you I was the African Giant and most of you laughed and said I should be grateful for small fonts. I pray that you Learn from me, I mean this in no bragging way and the Wise know that the Future of Africa depends on the kind of strength and resilience i Show.

“You say “thank God he didn’t win”. Because I say the Truth? And because of your twisted Fake views on humility. Ive been out here With My Family since 2012 going through unspeakable things just to get here against ALL ODDS.

“I repeat. Nobody that is not Fela or My Family can EVER say they paved any way for me. Fuck you!” 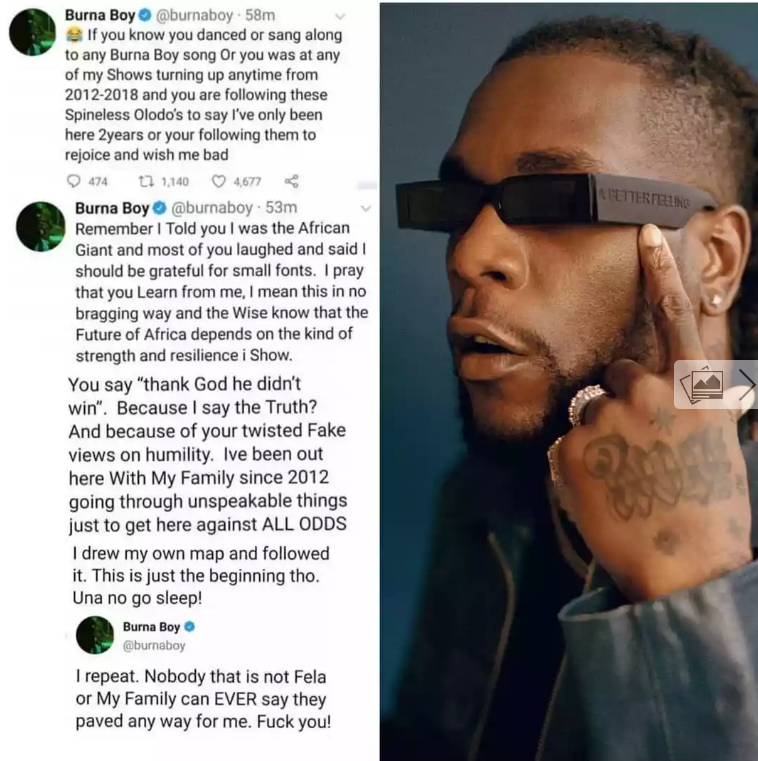 This is coming weeks after Burna Boy lost the Grammy Award for ‘Best Contemporary World Music Album’ to Angelique Kidjo who dedicated her win to him. 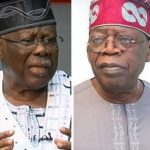 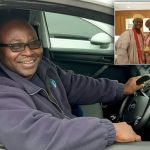