The United States House of Representatives has opposed the visa ban placed on Nigeria and five other countries by Donald Trump administration and says it will soon establish a “no ban act” against the immigrant visa ban. 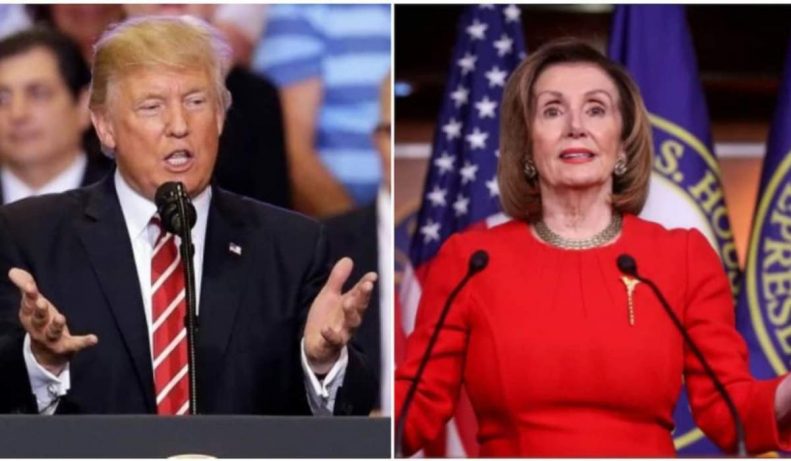 Nigerians travelling for official purposes, business, tourism and student travel will be still allowed into America.

Nancy Pelosi, the speaker of the US House of Representatives has released an official statement to the immigrant visa ban. Read below; 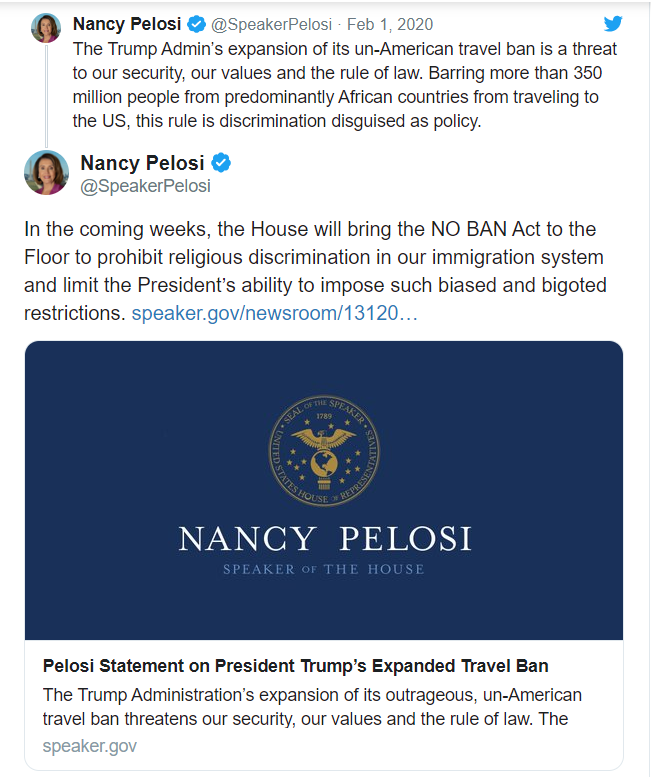 “The Trump Administration’s expansion of its outrageous, un-American travel ban threatens our security, our values and the rule of law. The sweeping rule, barring more than 350 million individuals from predominantly African nations from traveling to the United States, is discrimination disguised as policy,”

In the coming weeks, the House will bring the NO BAN Act to the Floor to prohibit religious discrimination in our immigration system and limit the President’s ability to impose such biased and bigoted restrictions.

“America’s strength has always been as a beacon of hope and opportunity for people around the world, whose dreams and aspirations have enriched our nation and made America more American. With this latest callous decision, the President has doubled down on his cruelty and further undermined our global leadership, our Constitution and our proud heritage as a nation of immigrants.

“In the Congress and in the Courts, House Democrats will continue to oppose the Administration’s dangerous anti-immigrant agenda. In the coming weeks, the House Judiciary Committee will mark-up and bring to the Floor the NO BAN Act to prohibit religious discrimination in our immigration system and limit the President’s ability to impose such biased and bigoted restrictions. We will never allow hatred or bigotry to define our nation or destroy our values.”

Meanwhile, Nigeria’s President Muhammadu Buhari has set up a committee to study and address the issues which led to the “immigrant visa ban. 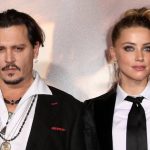 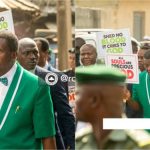