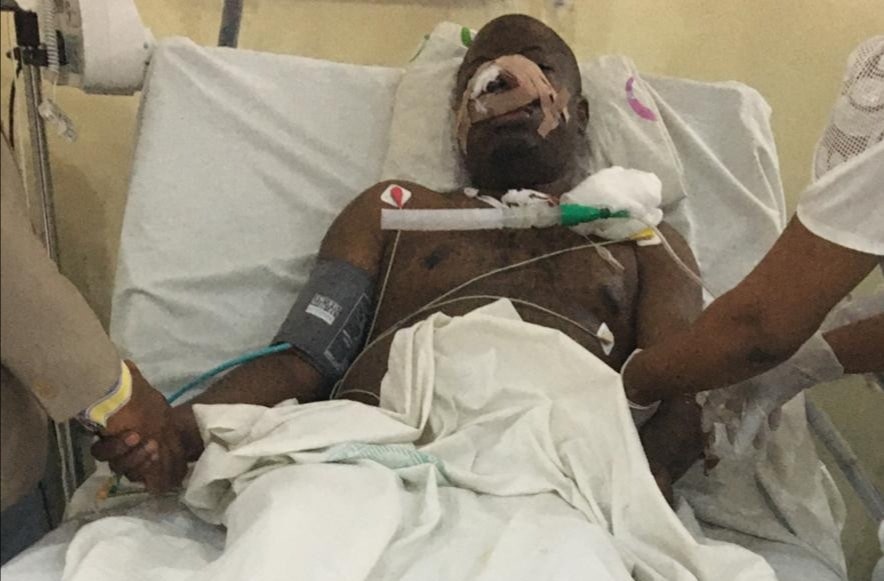 A woman has reportedly left her doctor husband between life and death, after she butchered him over an argument in Imo State.

Following a quarrel which ensured between the couple on Tuesday night, the woman was said to have cut off the husband’s nose, tip of upper tongue, bruised the lower gum and removed upper teeth, then called his mother to come and carry her son’s corpse.

The husband who is doctor with the Federal Medical Centre (FMC), Owerri, was rushed to the hospital, and the other doctors on duty were able to stabilise him.

The man is currently in critical condition after the alleged brutal attack by his wife.

This is according to a Twitter user @Mr Jones, who shared the story on his page.

“A doctor in my center (fmc) Owerri was assaulted by his wife last night after a quarrel. The woman cut off his nose, upper teeth,tip of his tongue and part of his lower gums. She then called the guy’s mom to come and carry her son’s corpse,” Jones wrote.

“Luckily for the doctor, he was rushed to the hospital last night and we stabilized him.
He is conscious, but can not talk since he’s on tracheostomy. Now I’m scared of this marriage thing. My uni friend and personal physician just sent me this?” 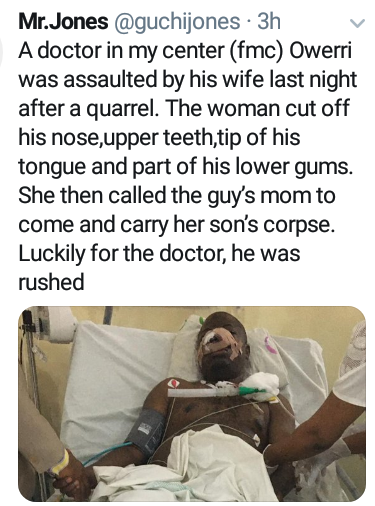 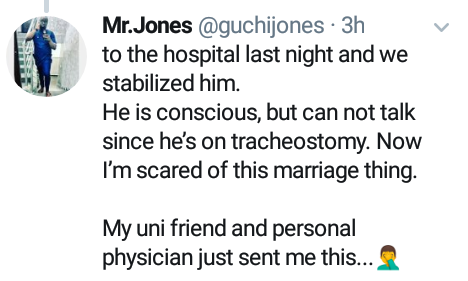 Meanwhile, KanyiDaily had reported how a jealous wife stabbed her husband in his sleep because she felt he is cheating on her with another lady in Imo State.