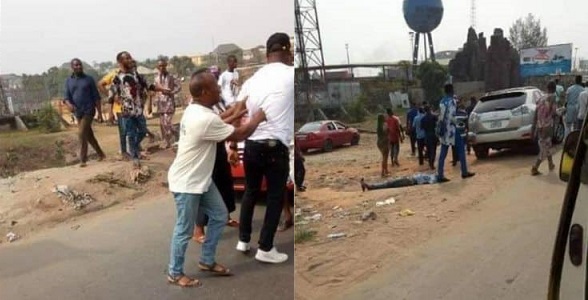 A young man, who couldn’t control his anger, has reportedly punched a taxi driver to death at the Warehouse Junction in Owerri, Imo State.

A Facebook user identified as IfeanyiCy Njoku said the young man was driving in a Lexus jeep when the taxi driver hit his car.

On noticing that his car had been hit, the owner of the Lexus jeep jumped out of his car and descended on the taxi driver. He punched the taxi driver until the man passed out and dead.

Sharing photos of the incident which caused a stir in the area, Njoku wrote:

“Man Hits Taxi Driver to Death in Owerri. It happened at warehouse junction Owerri, a taxi driver reportedly hit a Lexus Jeep, the owner of the Jeep, a young man out of anger jumped out of his car and punched the taxi driver to a point he collapsed to death. See pictures attached.” 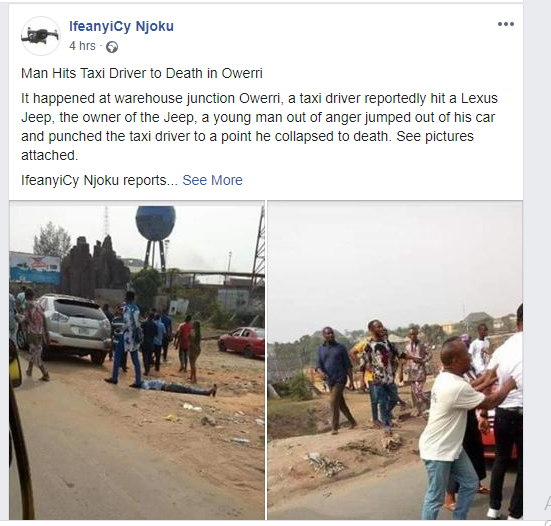 ALSO READ: Man Attacks And Punches His Own Lawyer In The Court After Being Sentenced To 47 Years [Video] 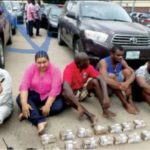 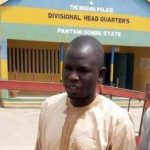