A popular Owerri ‘mad man’ who is known for attacking Imo State Governor, Rochas Okorocha, and speaking about the political situation in the state, is a graduate of a prestigious university in the United States of America.

The man who turned in a political commentator is usually seen in the streets, speaking very impeccable English while criticising the political leadership of the state.

We gathered that Dr Linus Okorie, a Leadership development coach, motivational speaker and candidate of the Young Progressive Party, YPP came across the mentally challenged man during his Imo gubernatorial campaign across the 305 INEC wards in the 27 LGA’s of Imo State.

It was in the course of his interaction with the ‘mad man’ that Dr. Okorie that he actually graduated from a reputable University in USA.

Fortunately, Dr Linus Okorie who claimed he could not afford to see such an asset as the ‘mad man’ go waste has promised to get him rehabilitated in order to reunite him better into the society.

Watch two short videos of the man in action, lashing out on politicians expecially Governor Rochas Okorocha for failing to live up to task: 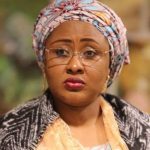 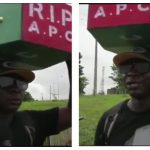