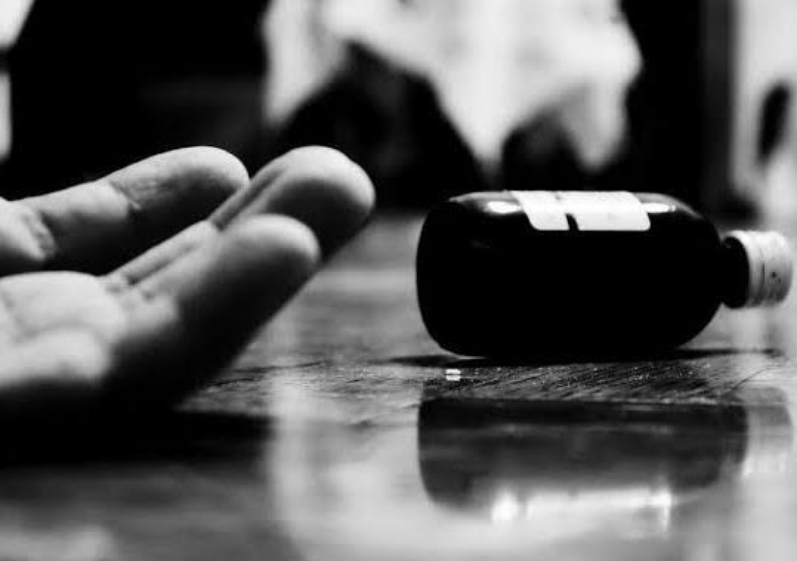 A mother two in her early 30s, Mrs Esther Frank has reportedly killed herself, leaving behind a suicide note for her husband and sons in Uyo, Akwa Ibom State.

Vanguard reports that the deceased drank a bottle of sniper on Thursday and was later found unconscious in her room by her neighbours who rushed her to St Luke’s Hospital in Anua, Uyo, where she eventually died.

Narrating what took place to newsmen on Friday, one of the neighbours, Mrs Iboro Etuk, said she talked with the deceased before the unfortunate incident.

She said both of them had stood outside the gate of their compound to buy water before the deceased told her to take care of her three-year-old boy and three-month-old baby boy, Gerald and Andre respectively as she was going out to buy something.

Mrs Etuk said that it was when she later heard Mrs. Frank’s three-month-old baby boy of crying uncontrollably, she decided to go to the house and when she entered inside the room and found the deceased on the floor unconscious she raised the alarm which attracted their landlady and other tenants.

“Mrs Esther Frank, is in her early thirties. She just graduated from the University and is yet to go for her youth service. She is from Anambra state while her husband, Mr Frank is from Delta state, but he is currently in Dubai.

“She sent her three- year -old boy to come and stay with my children. It has never happened before. She told me, “I am going to buy something, please take care of my children’.

“Before that, we both stood outside to buy satchet water but since we didn’t see the water to buy she went back to her apartment, while I waited outside. When I heard her baby crying, I told her three-year-old son who was in my apartment, to take me inside the house.

”I saw her on the floor. I shook her and told her to pick up her son but she did not respond. I ran out and informed the landlady and the other tenants. They came and saw the bottle of sniper on the floor. We rushed her to the hospital where she died. The landlady later reported the incident to the Police, ‘B’ Division.

“Her two children are currently staying with my family. The three-months-old baby cried throughout the night. I am now the one taking care of the baby.

“The Police were here to investigate the matter. They are aware that we have taken temporary custody of the children,” she narrated.

Meanwhile, the suicide note the deceased left for her husband reads: “Please take care of my children please. I can’t take the pressure and lies you are telling again. I can’t take it, please it’s too much. You made everyone around me to hate me. Please forgive me, am sorry”

When the Police Public Relations Officer, CSP Fredrick Nnudam was contacted, he said he was yet to be briefed on the incident.